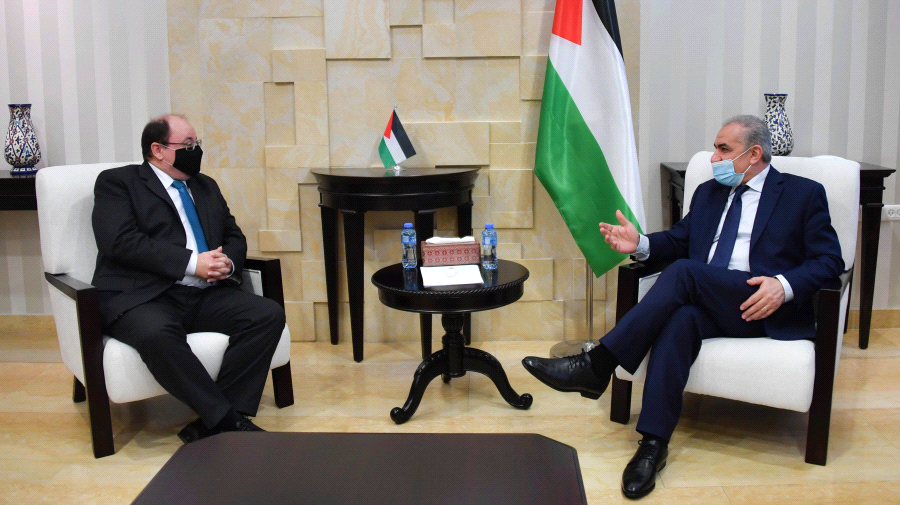 RAMALLAH, Thursday, November 26, 2020 (WAFA) – Prime Minister Mohammed Shtayyeh reiterated his call to European Union countries to take effective and serious steps towards settlers holding the nationality of a member state and living in illegal settlements in the occupied territories as defined by international law.

This came during a meeting with non-resident representative of the Slovak Republic to Palestine at Shatyyeh’s office in Ramallah, where they both discussed the latest political developments.

Shtayyeh briefed representative of the Slovak Republic on Israeli violations, the continued settlement expansion, and the expropriation of land, stressing that such violations come as part of Israel’s systematic measures to destroy the two-state solution and any opportunity to establish the state of Palestine.

Shtayyeh affirmed the importance of strengthening joint cooperation between the two countries at all levels, praising the distinguished relations between Palestine and Slovakia.