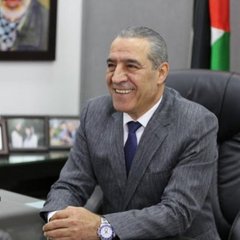 RAMALLAH, Thursday, November 19, 2020 (WAFA) – Senior Palestinian and Israeli officials today held their first high-profile meeting since the resumption of relations between the two sides after around six months of breakup and it was agreed that Israel would transfer Palestinian tax funds withheld since May.

Hussein al-Sheikh, member of Fatah Central Committee and the Palestinian Authority’s (PA) chief liaison officer with Israel, said on Twitter that Israel has agreed in their meeting today to transfer all financial dues owed to the PA.

“Today I held a meeting with the Israeli side. We emphasized that the bilateral agreements signed, which are based on international legitimacy, are what governs this relationship,” said al-Sheikh in the tweet.

“It was agreed to transfer all financial dues to the PA, and we rejected the settlement policy, demolishing homes and lands confiscation. It was agreed to hold another meeting soon.”

Both the PA and Israel have agreed on Tuesday to resume relations, severed on May 19 by the Palestinians following insistence by Israeli Prime Minister Benjamin Netanyahu to annex a large part of the occupied West Bank. The annexation plan has since been suspended.