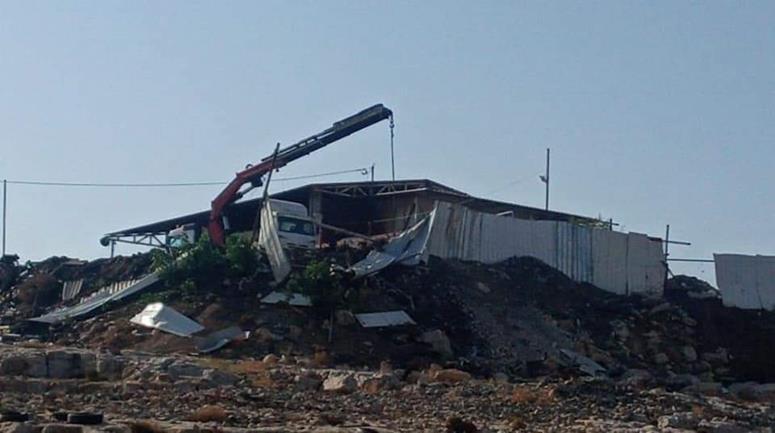 They said that Israeli forces raided the town from the southern entrance, where they tore-down the carwash claiming it is located in the vicinity of the illegal Israeli colonial settlement of Pisgat Ze’ev and unlicensed.