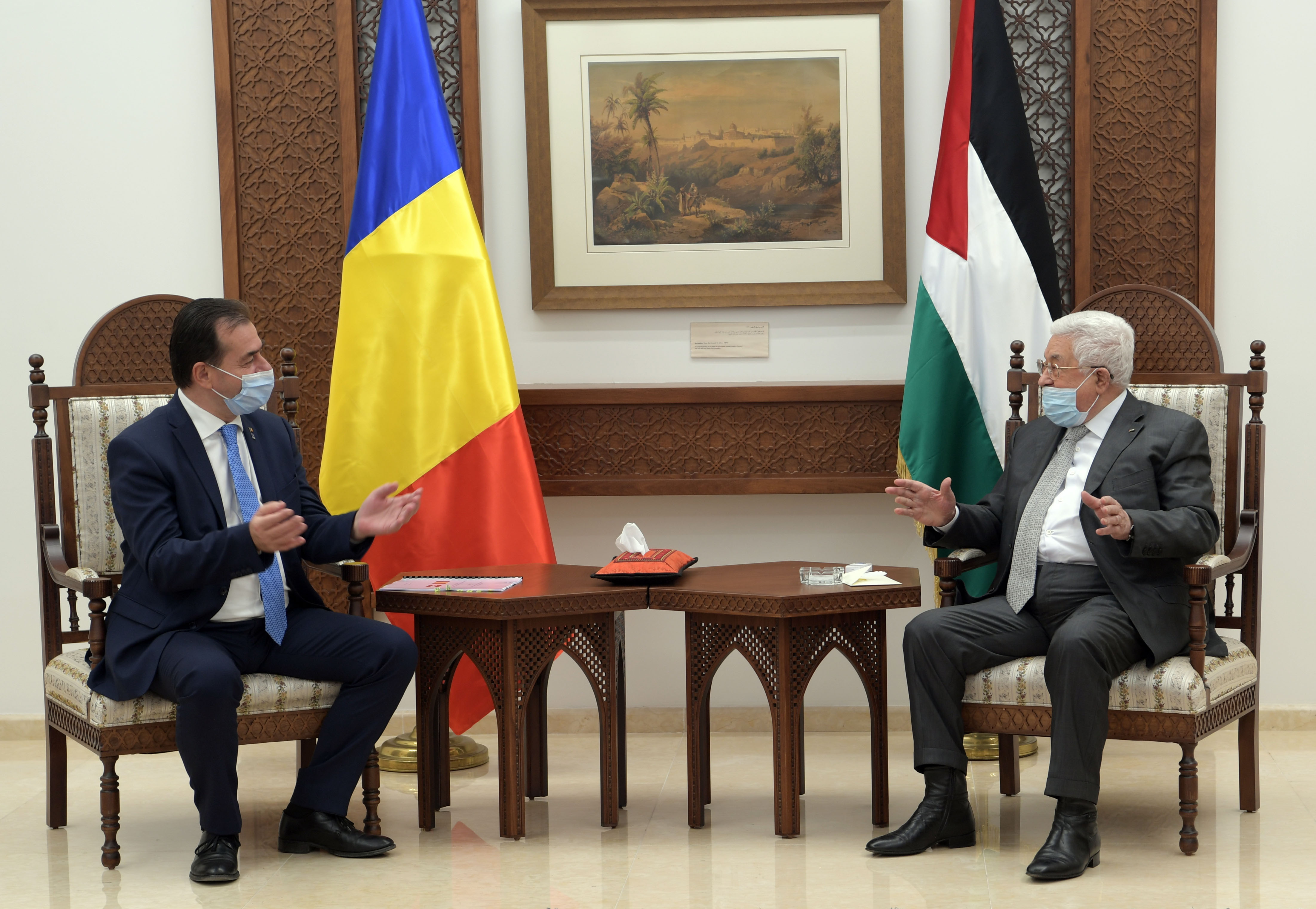 RAMALLAH, Wednesday, November 04, 2020 (WAFA) - President Mahmoud Abbas received at the Presidency Headquarters in Ramallah today the Prime Minister of Romania Ludovic Orban during which the latest developments on the regional and international arenas were discussed.

They also discussed issues of mutual interest and the development of bilateral relations between the two countries.

President Abbas praised the Romanian Prime Minister’s important and valued visit to Palestine, expressing hope that this visit would contribute to strengthening the bilateral relations and mutual exchange between the Palestinian and Romanian peoples, and enhancing means of cooperation between the two countries in all fields.

He expressed appreciation for the student scholarships offered by Romania that contribute to building and strengthening bridges of relations between the two countries and the two peoples.

President Abbas renewed his call for an international peace conference and readiness to go to negotiations on the basis of international legitimacy and under the auspices of the International Quartet.

He reiterated his thanks and appreciation to Romania for its firm stances toward achieving peace on the basis of the two-state solution in accordance with international law and relevant positions of the European Union.

Prime Minister Orban thanked President Abbas for the warm reception and hospitality he received during his visit, stressing the strength of the relations between the two friendly countries and peoples and the importance of constant endeavor to strengthen it in all areas of common interest.

He affirmed Romania's firm position in support of achieving peace according to the positions of the European Union and international law.