Ashrawi: US decision to label Jerusalem as Israel is attempt to erase Palestinians 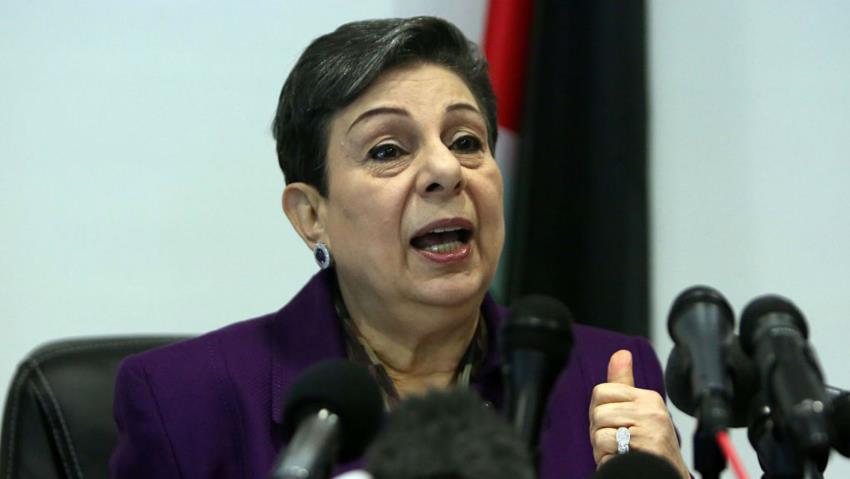 RAMALLAH, Friday, October 30, 2020 (WAFA) – Hanan Ashrawi, member of the Executive Committee of the Palestine Liberation Organization (PLO), said today that the US State Department's decision to allow the labeling of Jerusalem as part of Israel in official US documents was a falsification of the city’s history and identity.

Following is the full statement by Dr. Hanan Ashrawi:

"The US State Department's new decision to allow the labeling of Jerusalem as part of Israel in official US documents is a falsification of the City´s history and identity, in line with Israeli criminality and lawlessness.

It is also a continuation of this administration's sinister scramble to compound injustice and create new oppressive facts in Palestine ahead of upcoming elections.

This decision comes while Israel is taking unprecedented illegal measures to displace and replace Palestinians in Jerusalem, including home demolitions, exile orders, and revoking the ID's of Palestinians.

By adopting this measure, the US administration is also retroactively recognizing other illegal Israeli actions, including the ethnic cleansing of West Jerusalem and the grand theft of Palestinian property.

This is an affront to the City's history and identity. It is also a clear violation of UN resolutions 181 II (1948) and 194 III (1948), which affirmed the status of the whole city of Jerusalem as Corpus separatum, as well as UN General Assembly resolution 303 IV (1949) and others that affirmed the inviolability of Jerusalem's status.

These resolutions remain the only legal and acceptable references relating to the status of Jerusalem.

The US administration is using all tools at its disposal to erase Palestine, physically, politically, culturally, and figuratively.

This includes the administration´s so-called plan to formalize permanent apartheid and its campaign of Arab normalization through bribes, blackmail, and intimidation.

Horrific massacres like that committed in Deir Yassin and countless others, social engineering policies, and mass transfers have been employed to uproot Palestinians from Jerusalem.

This gratuitous US measure will not succeed either.

Jerusalem was, is, and will remain the heart of Palestine."