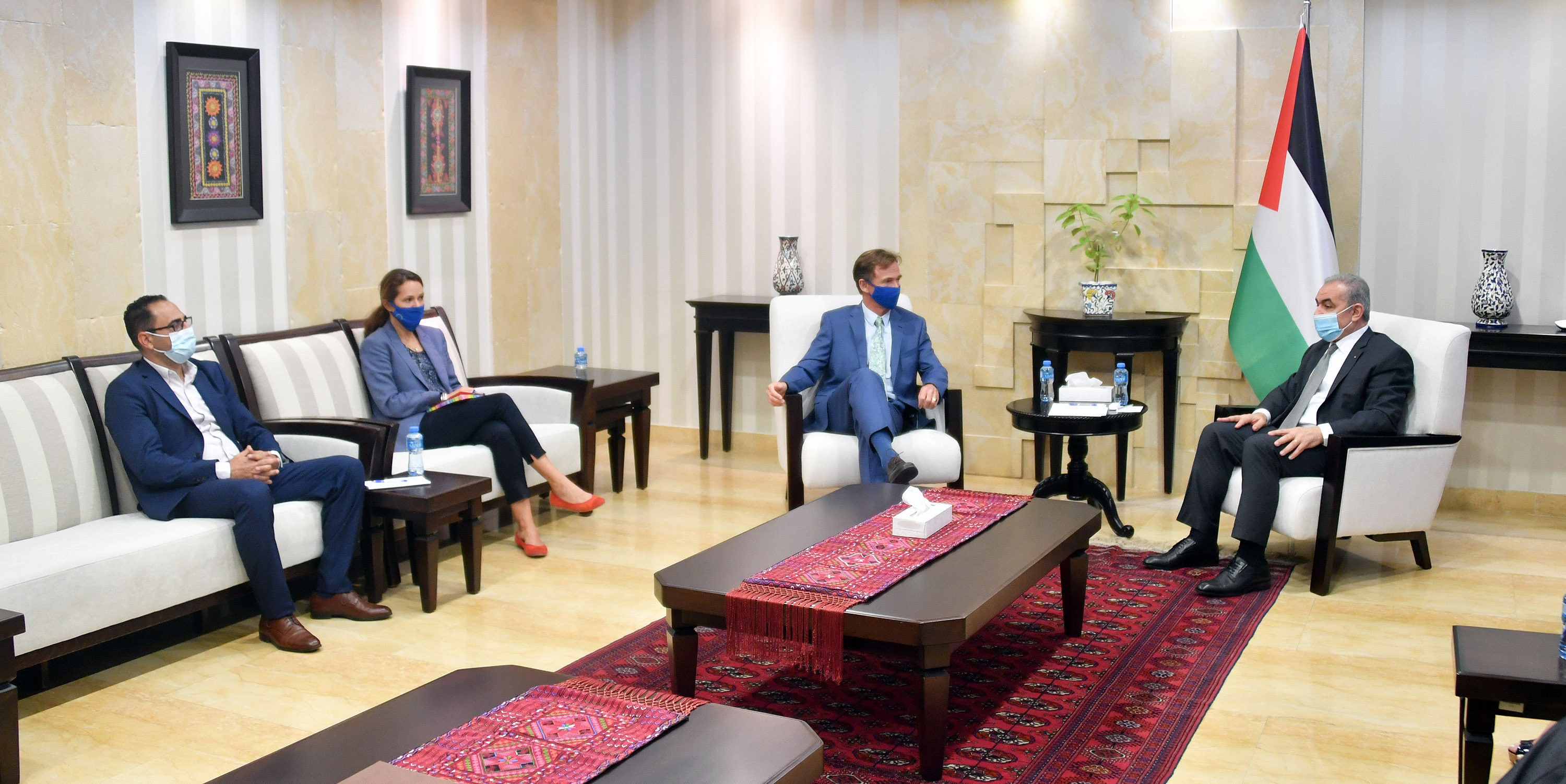 RAMALLAH, Saturday, October 10, 2020 (WAFA) – Prime Minister Mohammad Shtayyeh discussed today with the Representative of the European Union to Palestine, Sven Kühn von Burgsdorff, the latest political developments in Palestine, most importantly are the nationwide efforts to hold the general elections.

Shtayyeh stressed the importance of the EU support for holding the legislative and presidential elections in Palestine, by sending observers to oversee the elections, and by ensuring the participation of the Palestinian people in Jerusalem in elections.

He also praised the support provided by the EU to Palestine at all levels, including political support for the two-state solution and support for the establishment of an independent Palestinian state with Jerusalem as its capital.

On the other side, Burgsdorff confirmed that the EU is determined to continue to provide financial asssitance and aid to the Palestinian government and people.

He stressed the European Union’s support for holding elections in all the Palestinian territories, including East Jerusalem, saying the Union was ready to send a mission to monitor the elections and support the work of the Central Elections Commission.