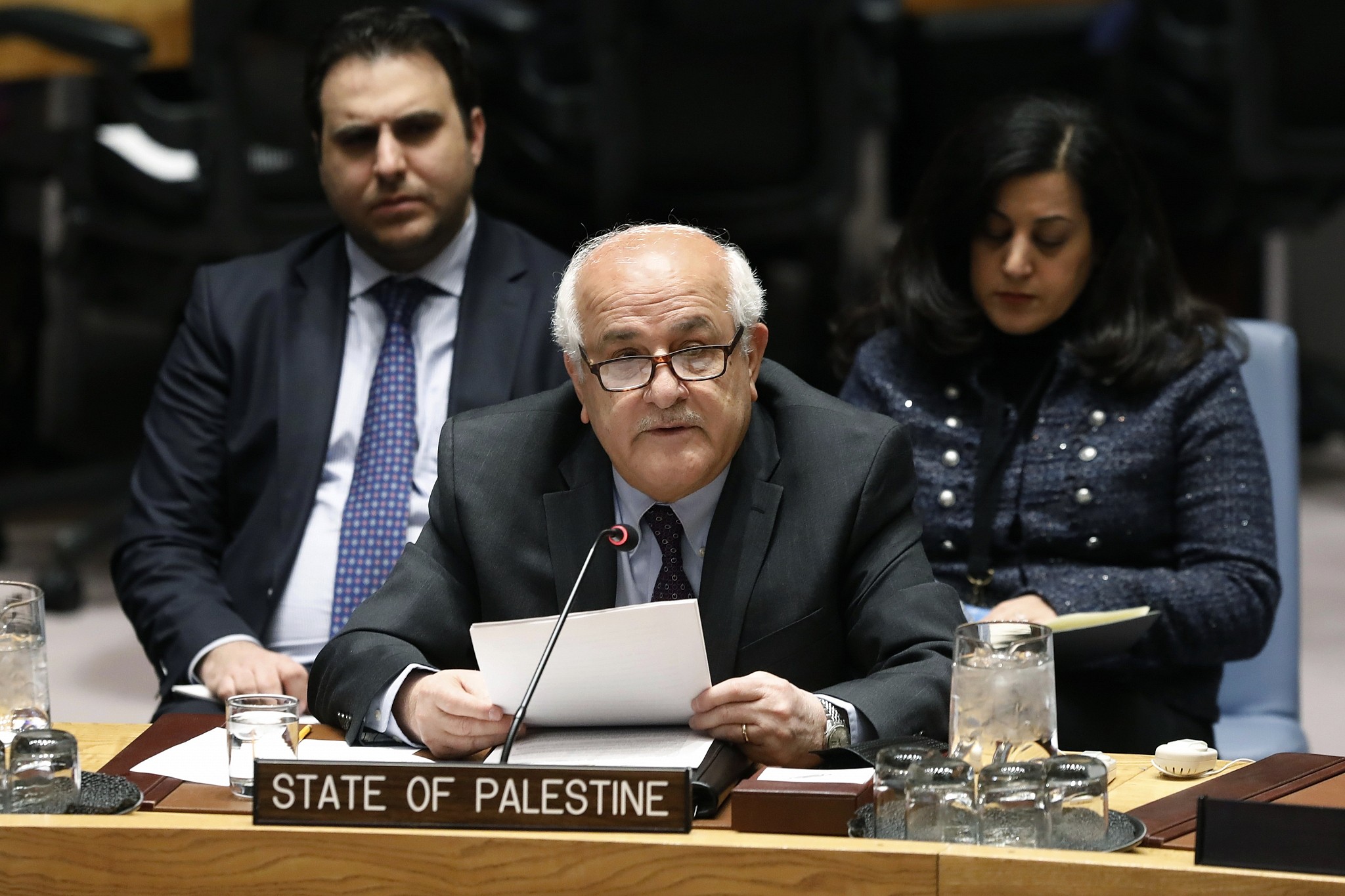 RAMALLAH, Sunday, October 4, 2020 (WAFA) – Palestine’s Permanent Observer to the United Nations, Riyad Mansour, said today he is scheduled to begin separate consultations next week with the Secretary-General of the United Nations, Antonio Guterres, and other members of the Security Council to discuss President Mahmoud Abbas's initiative to hold an international peace conference.

Mansour told the official Voice of Palestine radio that Tunisia will hold the presidency of the UN Security Council next January, which he considered a positive indicator. He added that the six main committees of the UN General Assembly will start their works next week, and that they will have resolutions in favor of Palestine.

Mansour referred to the speech of the German delegation at the UNGA's recent meeting, in which the UN Secretary-General called for kick-starting consultations to implement the idea of holding an international peace conference as proposed by President Abbas.

The Palestinian diplomat said Germany, China and Russia have expressed their willingness to participate as parties in the conference.