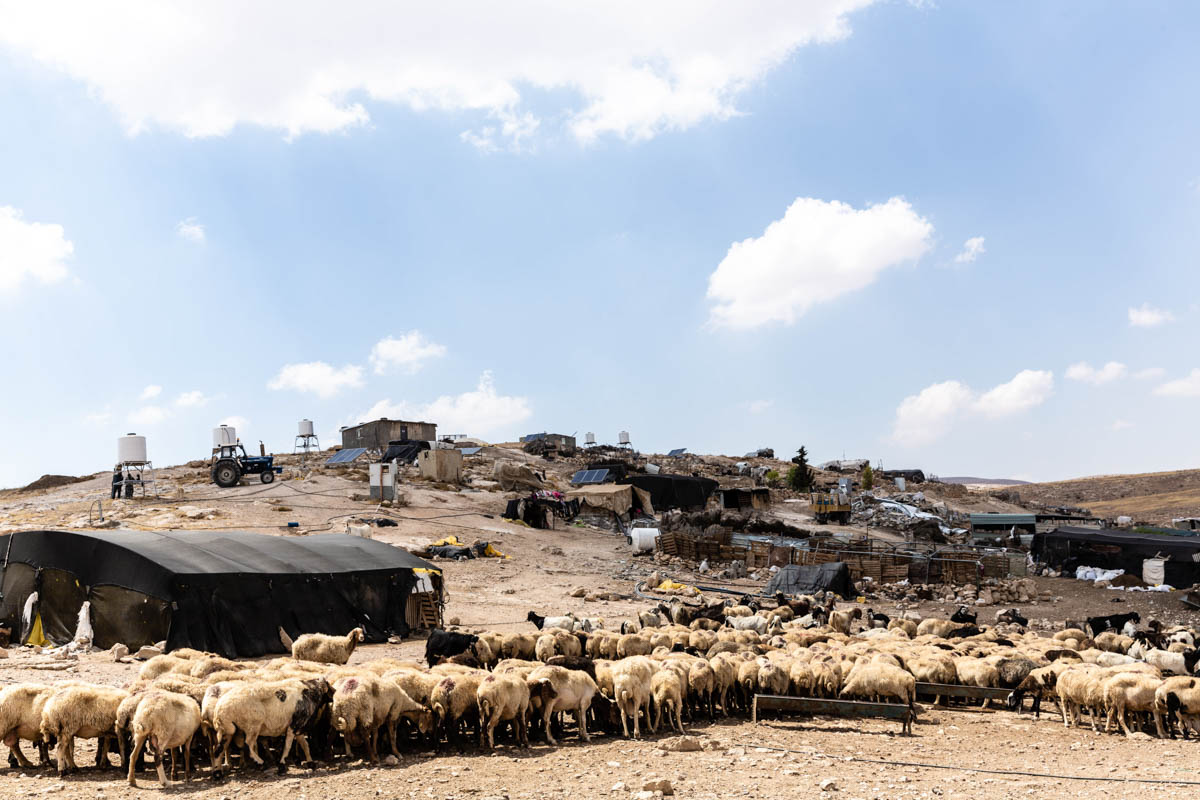 HEBRON, Monday, August 31, 2020 (WAFA) – Several sheep were killed yesterday when an Israeli settler rammed his car into a herd of sheep owned by a Palestinian farmer in Masafer Yatta in the south of the occupied West Bank, according to a local activist.

Coordinator of the Popular and National Committees in Yatta and Southern Hebron, Rateb al-Jabour, told WAFA that an Israeli settler deliberately rammed into the herd composed of 50 sheep owned by Ayed al-Shawaheen near the illegal Israeli settlement of Maon killing some and injuring others.

Masafer Yatta residents, who are mainly Bedouins, make a living of raising livestock, mainly sheep, and they often roam the open pastures in that area to feed their herd. Israeli settlers and army often pursue the shepherds and force them to leave the pastures or confiscate their herd.

Shawaheen’s losses are estimated the thousands of dollars.