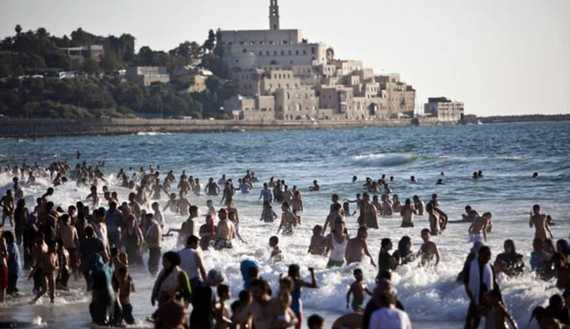 Thousands of people went to the sea in Jaffa to avoid the heatwave. (File photo)

RAMALLAH, Saturday, August 29, 2020 (WAFA) – Two brothers said to be 40 and 47 years old from the Ramallah-area town of Beitunia drowned yesterday while swimming the Mediterranean Sea in the coastal city of Jaffa, according to local reports.

They said the brothers were washed into the sea by strong waves and that after a search for one hour, one was pulled out dead while the other was still alive but has later died.

A third person who was with them was pulled out alive and reported in moderate condition.

With a scorching heatwave that hit Palestine this week, thousands of people have spent their weekend at the sea.