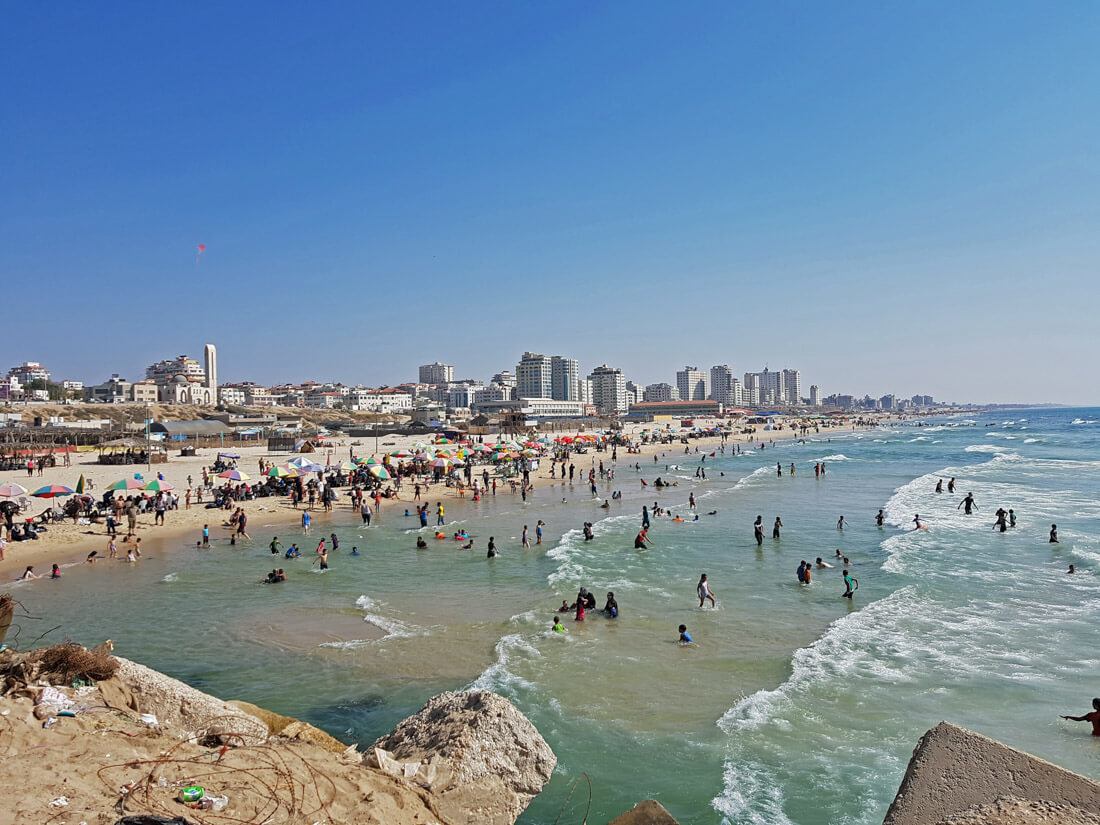 Crowds getting away from the heat wave in Gaza. (File photo)

GAZA, Saturday, July 25, 2020 (WAFA) – A 27-year-old woman has drowned and died and seven others were hospitalized after they were rescued from drowning off the Gaza seashores, according to medical sources.

They told WAFA that the woman has drowned in sea off Khan Younis seashore in the south of the Gaza Strip, while people were able to rescue her sister and another woman from drowning.

The sources said seven people were rescued from drowning at various locations of the Gaza shores over the past 24 hours and were taken to hospital for treatment.

At the same time, the medical sources said a 3-year-old boy from Khan Younis has died after drinking kerosene fuel by mistake.