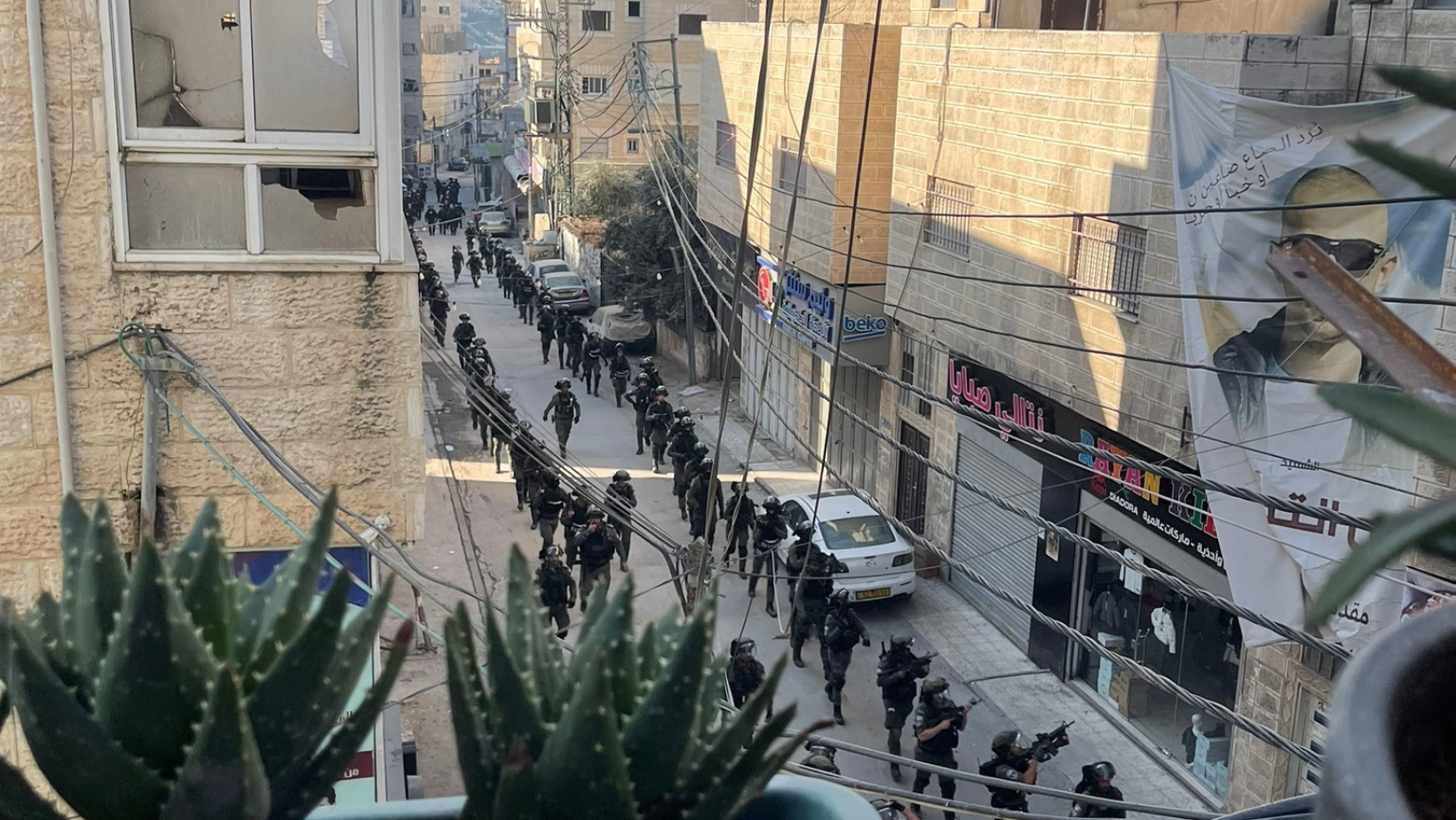 A large Israeli force breaking into Anata town to demolish the home of Udai Tamimi.

JERUSALEM, Wednesday, January 25, 2023 (WAFA) – The Israeli occupation forces today demolished the family home of Udai Tamimi, 22, who was killed by Israeli gunfire on October 19 near the illegal settlement of Maale Adumim, east of Jerusalem.

WAFA correspondent said a large force surrounded a building in the town of Anata, northeast of Jerusalem, and proceeded to tear down the sixth-floor apartment of the Tamimi family.

Israel claimed Tamimi was responsible for an attack at an army checkpoint at Shufat refugee camp in October where he killed a soldier.

He was able to get away but was shot and killed during another attack near Maale Adumim shortly after.