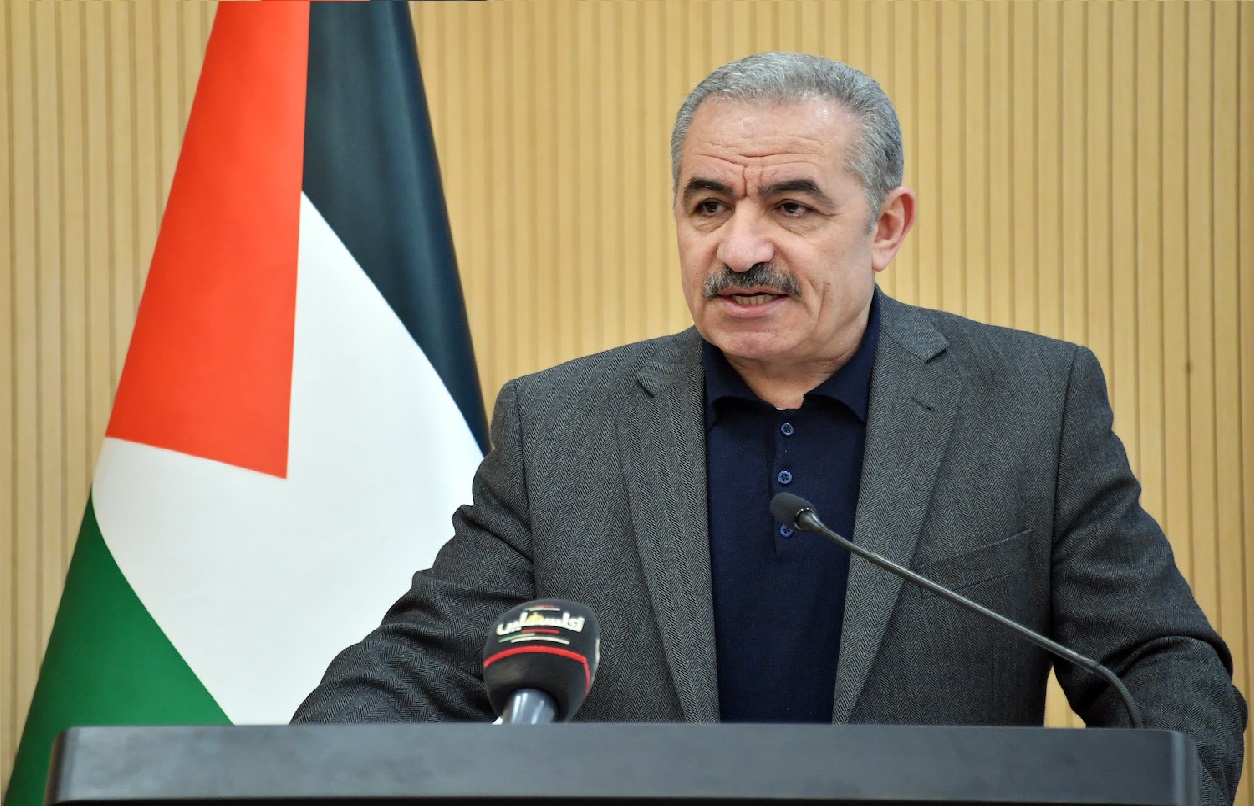 RAMALLAH, Thursday, January 19, 2023 (WAFA) - Prime Minister Mohammad Shtayyeh today condemned the Israeli criminal act this morning in the northern West Bank city of Jenin that left two Palestinians dead, one of them 57 years of age and a father of six children, and called on the international community to intervene to put a stop to the Israeli crimes against the Palestinian people.

The Prime Minister held the occupying state fully responsible for the continuation of these heinous crimes, which are committed by its soldiers, without the slightest regard for international laws and conventions.

He also condemned the occupation forces' targeting of Jenin government hospital which endangered the lives of patients and staff and called on the World Health Organization and all international human rights organizations to condemn this crime and to intervene to stop it.