In order to expand an illegal settlement, Israeli occupation demolishes a Palestinian-owned building near Hebron 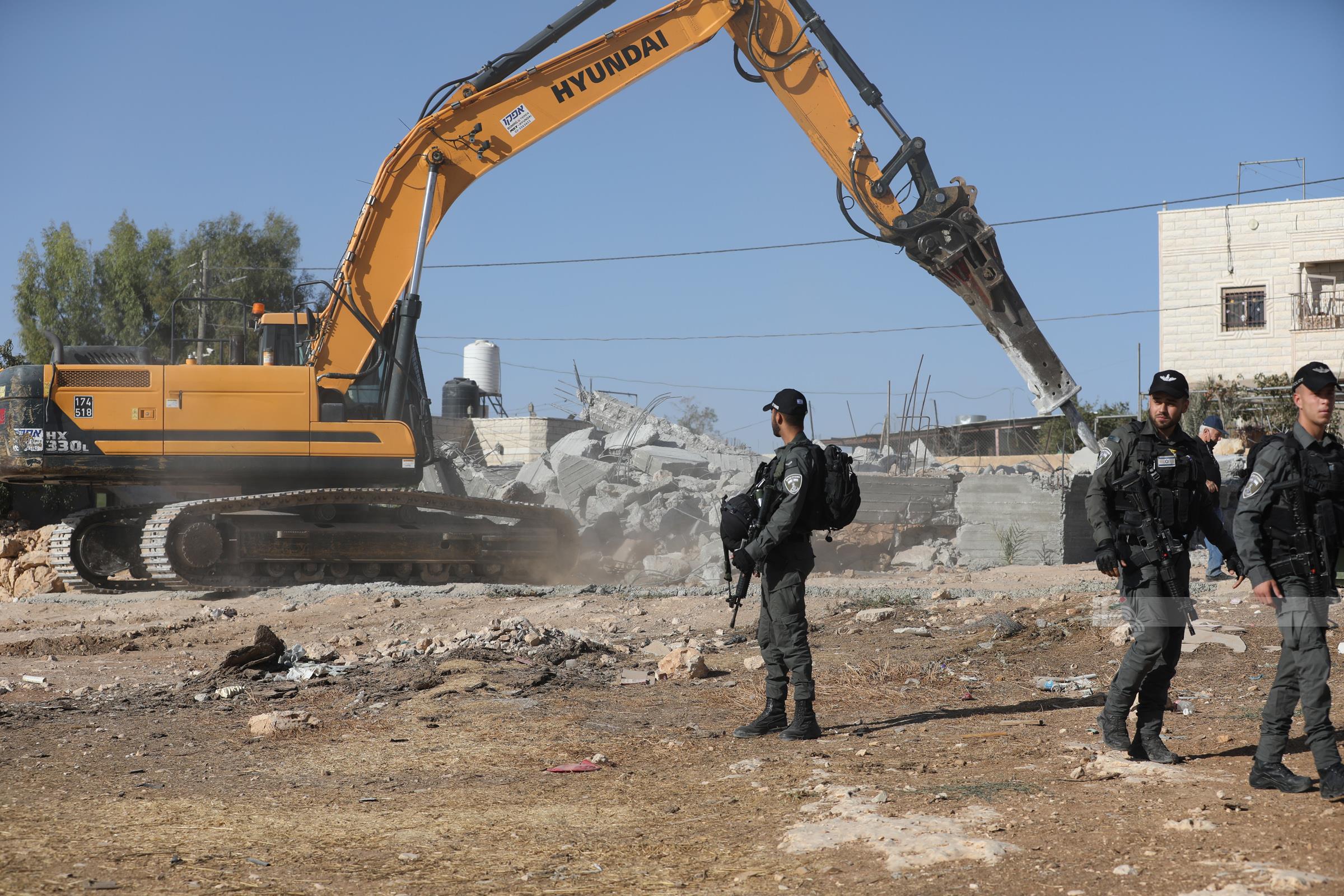 HEBRON, Tuesday, October 25, 2022 (WAFA) – Israeli forces today demolished a Palestinian-owned building in the town of Bani Naim, east of the occupied West Bank city of Hebron, apparently to expand a nearby illegal settlement.

WAFA correspondent said that Israeli forces raided the town and demolished a two-story building, each floor 180 square meters in area, while still in the construction phase and owned by a local Palestinian resident, who was detained along with another resident.

The Israeli forces fired tear gas bombs toward Palestinians who were protesting the demolition resulting in several suffocation cases.

Israel aims to forcibly kick Palestinians out of their lands in that area in order to facilitate expanding the illegal Israeli settlement of Bnei Hever.