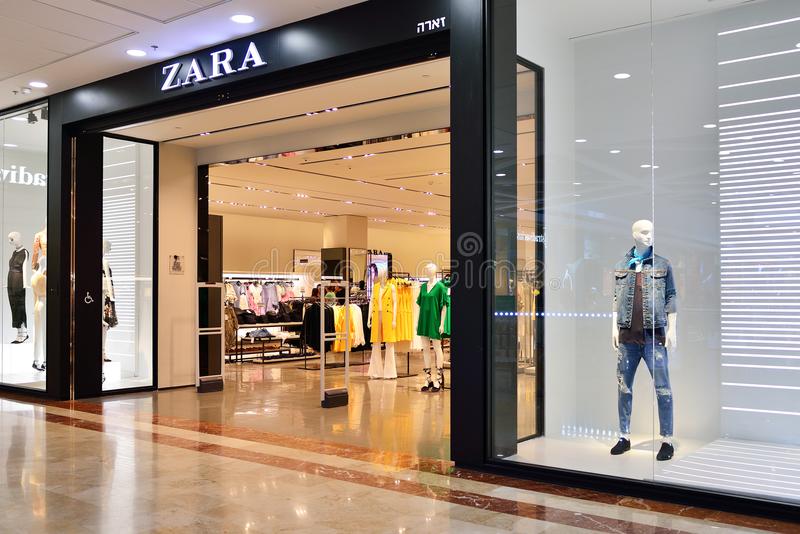 A Zara store in Israel.

RAMALLAH, Saturday, October 22, 2022 (WAFA) - The Palestinian Ministry of National Economy today announced that it will hold the Spanish clothing company Zara accountable for statements by its Israel agent in support of the racist settler lawmaker, Itamar Ben-Gvir, who incites the killing of Palestinians, in the upcoming Israel elections planned for November 1.

It said in a statement that under international law, companies or individuals are prohibited from supporting individuals who are racist and anti-human and incite the killing of people and their expulsion from their homeland.

The Ministry said it is in the process of sending a letter to the parent company to clarify its position on these statements.

Palestine’s Chief Justice, Mahmoud Habbash, earlier issued a religious fatwa (decree) prohibiting dealing with the company “Zara” from now on, calling for similar decrees from Islamic institutions around the world until the company cancels its contract with its Israeli agent for his support of terrorism.

Palestinians posted videos yesterday of themselves burning Zara clothes and also calling for a boycott of the company's clothes after the Israeli franchise owner, Joey Schwebel, a Canadian-Israeli citizen, hosted a campaign event for Ben-Gvir at his home.

Ben Gvir is an avowed anti-Arab racist who supports expelling them from their homeland. He often stirs trouble with his provocative presence in Palestinian neighborhoods in occupied East Jerusalem, mainly Sheikh Jarrah, which he advocates expelling all its original Palestinian residents and replacing them with Jewish settlers.

Most Israeli politicians, including the former right-wing Israeli prime minister, Benjamin Netanyahu, would not even want to be seen standing next to him or have their pictures taken with Ben-Gvir fearing a backlash due to his extreme right-wing and racist beliefs.