President of the International Olympic Committee arrives in Palestine 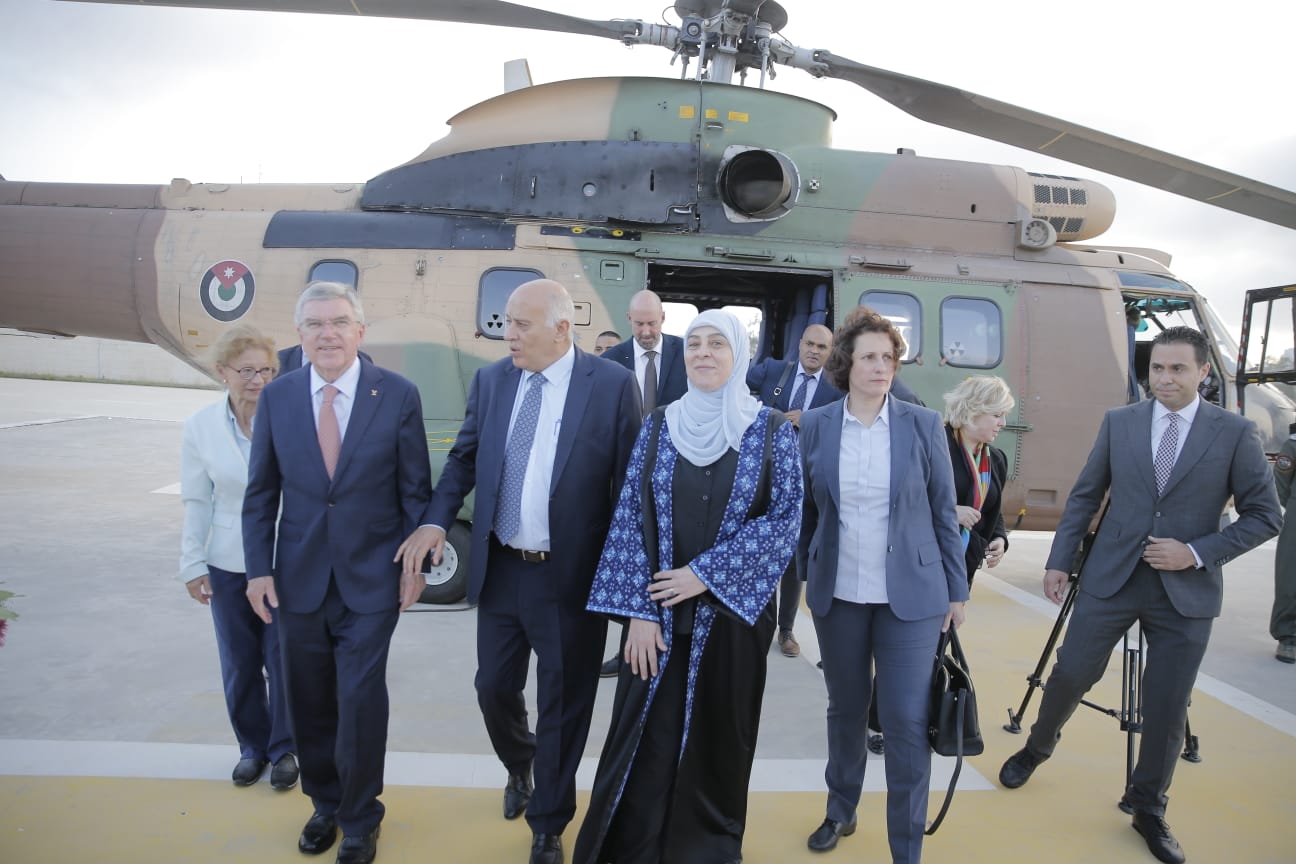 President of the Olympic Committee, Lieutenant-General Jibril Rajoub, and the governor of Ramallah and al-Bireh, Laila Ghannam, were both present as they welcomed Bach in Ramallah.

The visit will include a meeting with the Executive Office of the Olympic Committee at its headquarters, next Monday morning, after which he's set to go to the Football Association, then Faisal Al Husseini Stadium, where there will be sporting events, and then a meeting with the athletes in Ahmed Al Shugairi Hall at 12:00 pm, then the press conference for the visit at 2:20 pm.