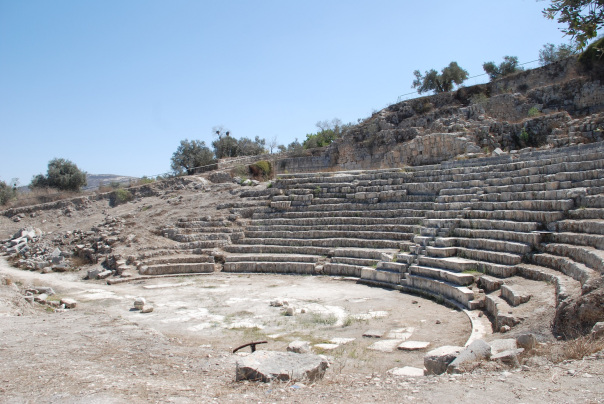 NABLUS, Tuesday, September 13, 2022 (WAFA) – The Israeli occupation forces today sealed off the archeological site in the town of Sebastia, to the northwest of Nablus in the occupied West Bank, for Palestinians in order to facilitate the break-in of dozens of Israeli settlers into the site, according to the mayor of Sebastia Mohammed Azem.

He told WAFA that Israeli forces prevented Palestinians who have businesses at the site from opening their shops as the settlers prepare to carry out their provocative visit to the site.

Settlers often break into the archaeological site under army protection causing concern among the local residents that Israel may turn it into a settlement, particularly since the army prevents the municipality workers from looking after the site.