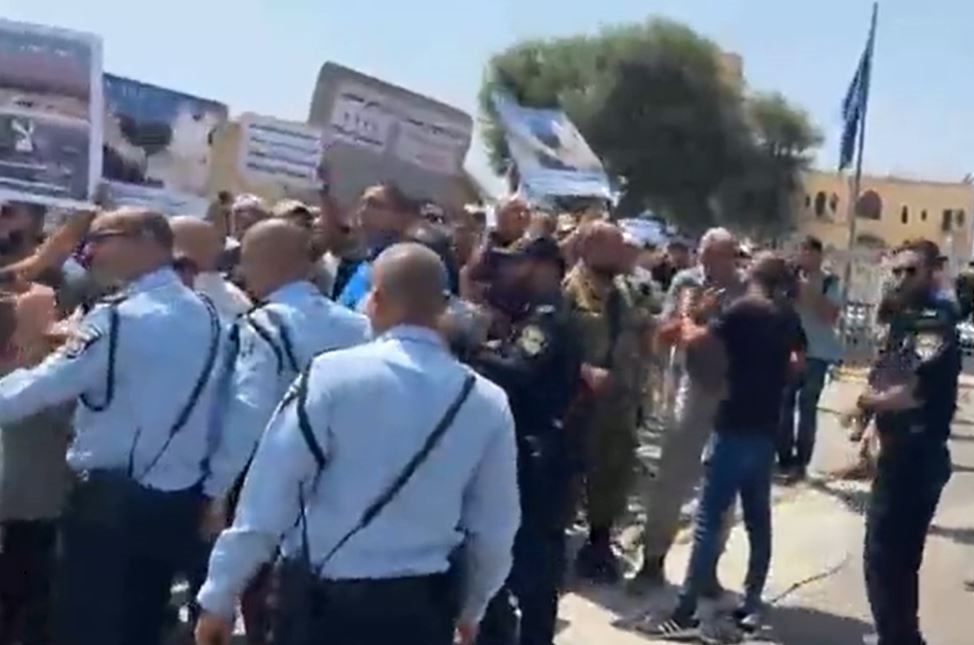 She said that hundreds of settlers, led by Israeli lawmaker Itamar Ben-Gvir and under military protection, barged their way into the village and Nabi Samuel Mosque, as the military intensified deployments and set up checkpoints in the village and on the roads leading to it.

The military deployments came after the villagers called on Palestinians to join them in Friday prayers and intensify their presence in the village in order to confront the Jewish settlers and protect the residents from the repeated settlers’ attacks.

The villagers, estimated around 300, were assaulted by the settlers, and four of them, including a Fatah activist, were detained by Israeli forces.

Nabi Samwel, also written as an-Nabi Samwil, overlooks occupied East Jerusalem on one side and Ramallah on the other. With approximately 300 people in no more than a dozen houses, the village is located in the “seam zone” — an area separated from the rest of the occupied West Bank by Israel’s apartheid wall, as reported by the online news website Electronic Intifada.

The residents of Nabi Samwil are flanked by colonial settlements, the wall and by an Israeli park that is encroaching onto their land.

The national park comprises an archaeological site, which includes the tomb of the Prophet Samuel, an important religious figure for Christians, Jews and Muslims alike. The tomb is surmounted by a mosque which Palestinians can only access on Fridays. It can be closed at any moment to let Israeli settlers access the tomb.

The inhabitants are considered West Bank residents and even though they are on Jerusalem’s side of the wall, they are only allowed to go to the nearest West Bank city, Ramallah, for necessary activities such as buying food or accessing medical care.

Required to submit to a tight regime of permits, everything in their lives is monitored: from the quantity of groceries they bring to the village to the people visiting. Each and every movement of people or products is being controlled by an Israeli “liaison office.”

Israel’s nation-state law that passed last July stated that building and strengthening the colonial settlements is a “national interest.”