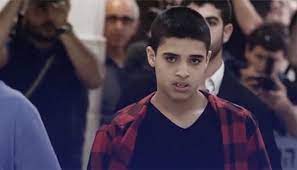 It said in a statement that the occupation court rejected an appeal submitted by Manasra's defense team to cancel the classification of his attempted stabbing attack in 2015 as "terrorism", which meant Manasra, who was 13 years old when he carried out his attack, will not be eligible for early release.

The PPS said the court did not take into consideration Manasra's mental health and decided that his health and psychological condition were not serious enough for his release.

By keeping the classification of his act as “terrorism”, the defense team will not be allowed to present his file before the release committee for early release after completing two-thirds of his term.

The court had earlier decided to keep Manasra in isolation despite his health condition.

Manasra's trial was attended by European Union diplomats, who later said in a tweet that they were "very concerned about the mental health and well-being of Ahmad Manasra who continues to be held in solitary confinement against UN standards."

It is "crucial that Ahmad receives necessary healthcare and counseling," said the EU.

Manasra was brutally beaten by Israeli passersby following his act and then tortured during interrogation after his arrest despite his very young age. He suffered head injuries that affected his mental health.

He was later sentenced to 12 months in prison, then decreased in 2017 to nine-and-a-half years.

His family is concerned about his health as he was not able to recognize them in court.