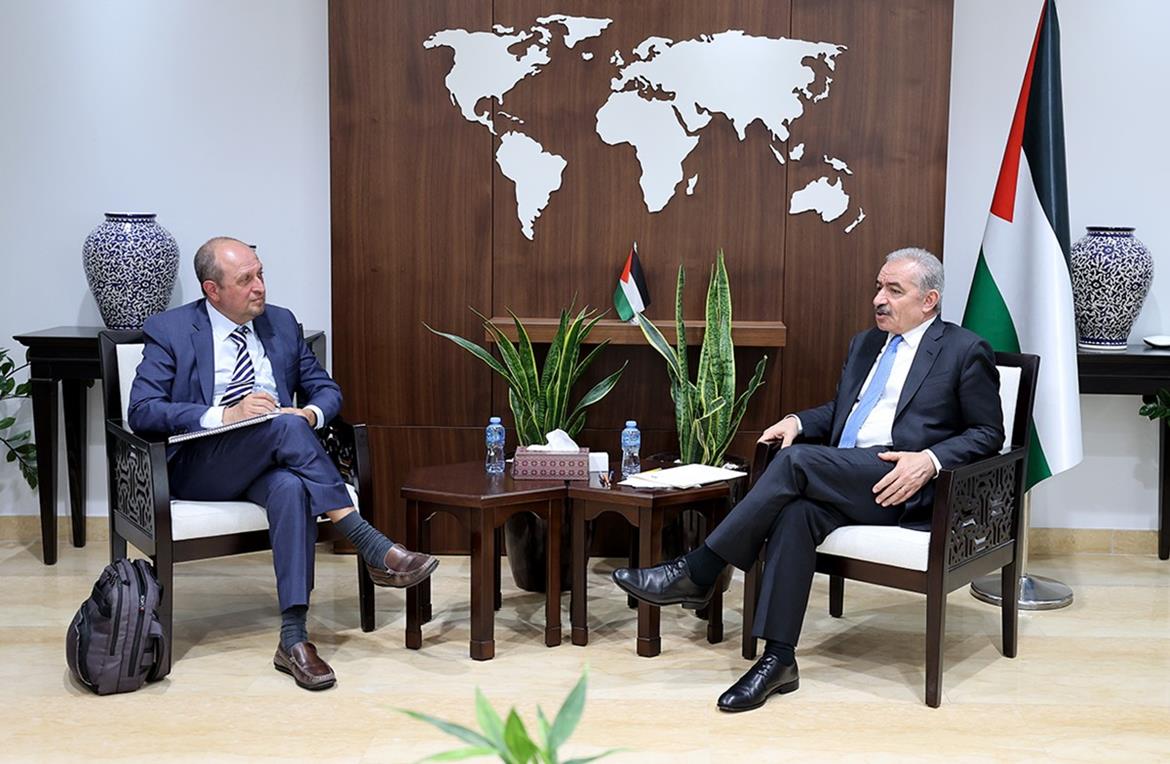 Prime Minister Mohammad Shtayyeh during a meeting in Ramallah with US envoy Hady Amr. (WAFA Images)

RAMALLAH, Wednesday, August 31, 2022 (WAFA) – Prime Minister Mohammad Shtayyeh stressed the need for the United States to fulfill its promises with regard to Palestine and to support Palestine’s admission to the United Nations as a full member state.

This came during a meeting this evening at Shtayyeh’s office in Ramallah with United States envoy Hady Amr, during which Shtayyeh reiterated the need for an American political will to support the Palestinian side, and the implementation of US pledges, particularly the reopening of the US consulate in Jerusalem in order to protect the two-state solution.

The prime minister stressed that the Palestinian people and leadership are facing considerable pressure; on the one hand Israel’s escalation of its unprecedented repressive measures, including the incursions into al-Aqsa mosque, arrests, extrajudicial killings, and appropriation of land, and the lack of a political horizon and the difficult financial situation on the other.

“We seek to revive the political file again by requesting to become a full state membership at the UN in light of the absence of political initiatives to resolve the Palestinian issue,” said Shtayyeh, calling on the US to not disrupt these efforts and to recognize the State of Palestine.

The premier briefed the US envoy on the progress in implementing the financial and administrative reform agenda, and steps taken in various fields to reduce expenditures and face the financial crisis.

He also briefed the US envoy on the financial challenges caused by the illegal Israeli deductions of Palestinian tax revenues and the decline in international assistance.