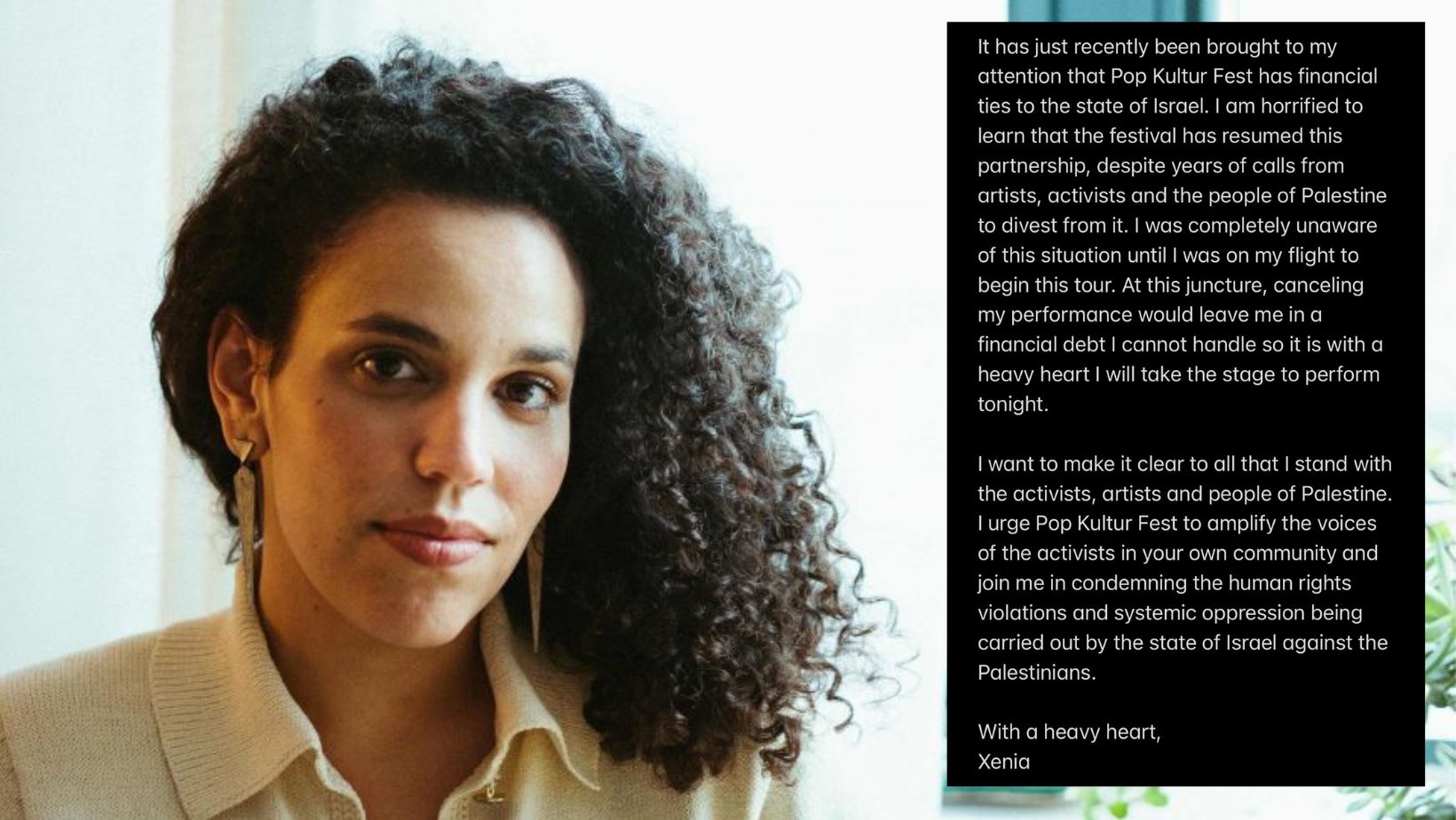 The singer took it to her official Twitter page to say that she was unaware of the situation that the festival has financial ties to Israel, saying that she performed with a heavy heart because cancelling would leave her in a financial debt she can't handle.

RAMALLAH, Sunday, August 28, 2022 (WAFA) – American singer-songwriter Xenia Rubinos performed at the Israel-back Berlin's Pop Kultur Festival but she wasn't pleased about this as she stated on her Twitter account.

The 37-year-old singer took it to her official Twitter page to post a statement announcing that she was unaware of the situation that the festival has financial ties to Israel, saying that she performed with a heavy heart because cancelling would leave her in a financial debt she can't handle.

"It has just recently been brought to my attention that Pop Kultur Fest has financial ties to the state of Israel. I am horrified to learn that the festival has resumed this partnership, despite years of calls from artists, activists and the people of Palestine to divest from it," she tweeted. "I was completely unaware of this situation until I was on my flight to begin this tour. At this juncture, canceling my performance would leave me in a financial debt I cannot handle so it is with a heavy heart I will take the stage to perform tonight."

"I want to make it clear that I stand with the activists, artists and people of Palestine. I urge Pop Kultur Fest to amplify the voices of the activists in your own community and join me in condemning the human rights violations and systemic oppression being carried out by the state of Israel against the Palestinians," she concluded.

A number of American, English and French singers have also withdrawn from the from Israel-partnered Pop Kultur Berlin festival due to the partnership with Berlin's Cultural Department of the Israeli embassy.

American musical band Trustfall took it to Instagram to announce that they have been invited to the fesitval after gaining some clarity regarding Pop Kultur's stance on the people of Palestine, they decided to withdraw from playing the festival.

Parisian musician Franky Gogo has cancelled his performance at the festival with reference to the BDS movement.

UK singer-songwriter Alewya also announced story via Instagram that she cancelled their performance as well, saying "Free Palestine. Every. F***ing. Day. Until it is done."

Earlier, French singer Lafawndah has withdrawn from the from Israel-partnered Pop Kultur Berlin festival over its partnership with Israel, whom she called an "apartheid state."