PLO: US has not established any serious mechanism to fulfill its promises to Palestinians 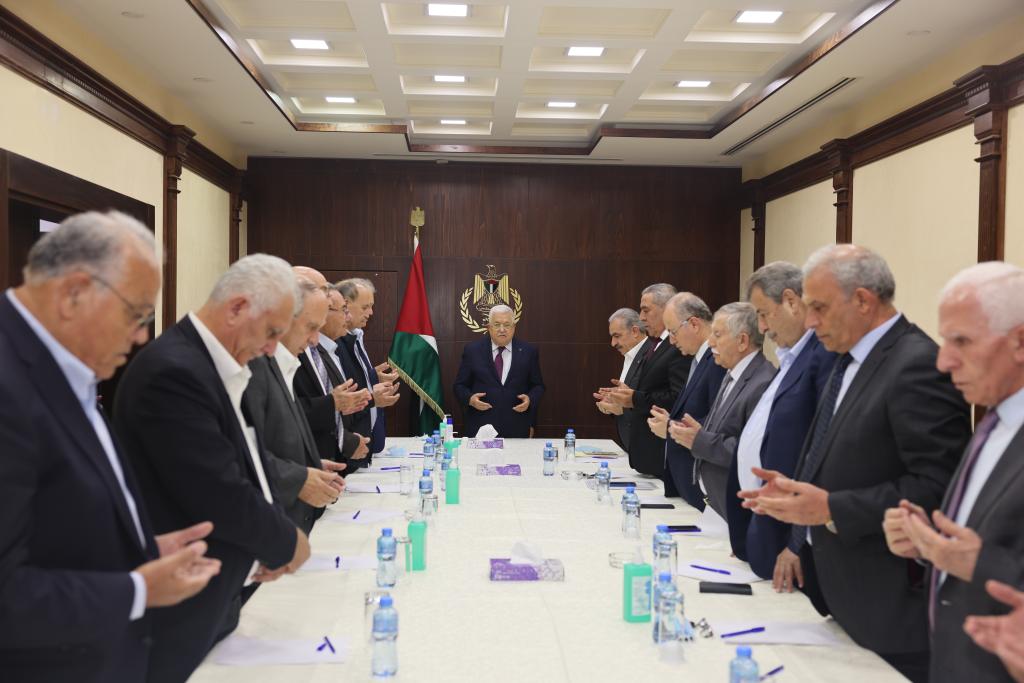 RAMALLAH, Friday, June 24, 2022 (WAFA) – The PLO Executive Committee Thursday stated that the US has not established any serious mechanism to fulfill its promises to the Palestinian people.

During a meeting convened under the chairmanship of President Mahmoud Abbas in Ramallah, the PLO Executive Committee discussed the latest political developments and contacts underway with international stakeholders on the importance of pressurizing the occupying state, Israel, to halt its “terrorist” and “criminal” escalation against the Palestinian people, including the extrajudicial killings of Palestinians.

The Committee affirmed that the solution is to implement United Nations resolutions and enforce international law, particularly the United Nations Security Council and United Nations General Assembly resolutions, so as to ensure an end to the Israeli occupation and settler-colonialism and the establishment of the independent and sovereign Palestinian State with East Jerusalem as its capital, and guarantee the right of Palestinian refugees to return to their lands and homes pursuant to UNGA Resolution 194.

It reiterated its categorical rejection of the application of double standards in favor of Israel and called for a total boycott of the Israeli occupation and taking it to international courts, especially ICC, which shall expedite the developing of mechanisms to receive information on all violations and war crimes.

Tackling the promises made by US President Joe Biden’s administration, especially regarding reopening the US Consulate in Jerusalem, which was closed by the Trump administration in 2018, the Committee said that the US promises and statements remain at standstill without any serious mechanism to fulfill them.

The failure to put in place such a mechanism, the Committee elaborated, emphasizes the fact that the US continues to support the Israeli occupation at all levels and refrains from taking any measures that would help create a serious political horizon that would lead to the realization of UN resolutions and enforcement of international law.

The committee stressed that it continues to uphold the right of Palestinian refugees to return in accordance with General Assembly resolutions, in particular resolution 194 (III), and halt all measures and attempts to undermine this right and the United Nations agency responsible for Palestine refugees (UNRWA).

It also stressed that it continues to uphold the UN resolutions on the Palestinian question, notably Resolution 181 and Resolution 2334.