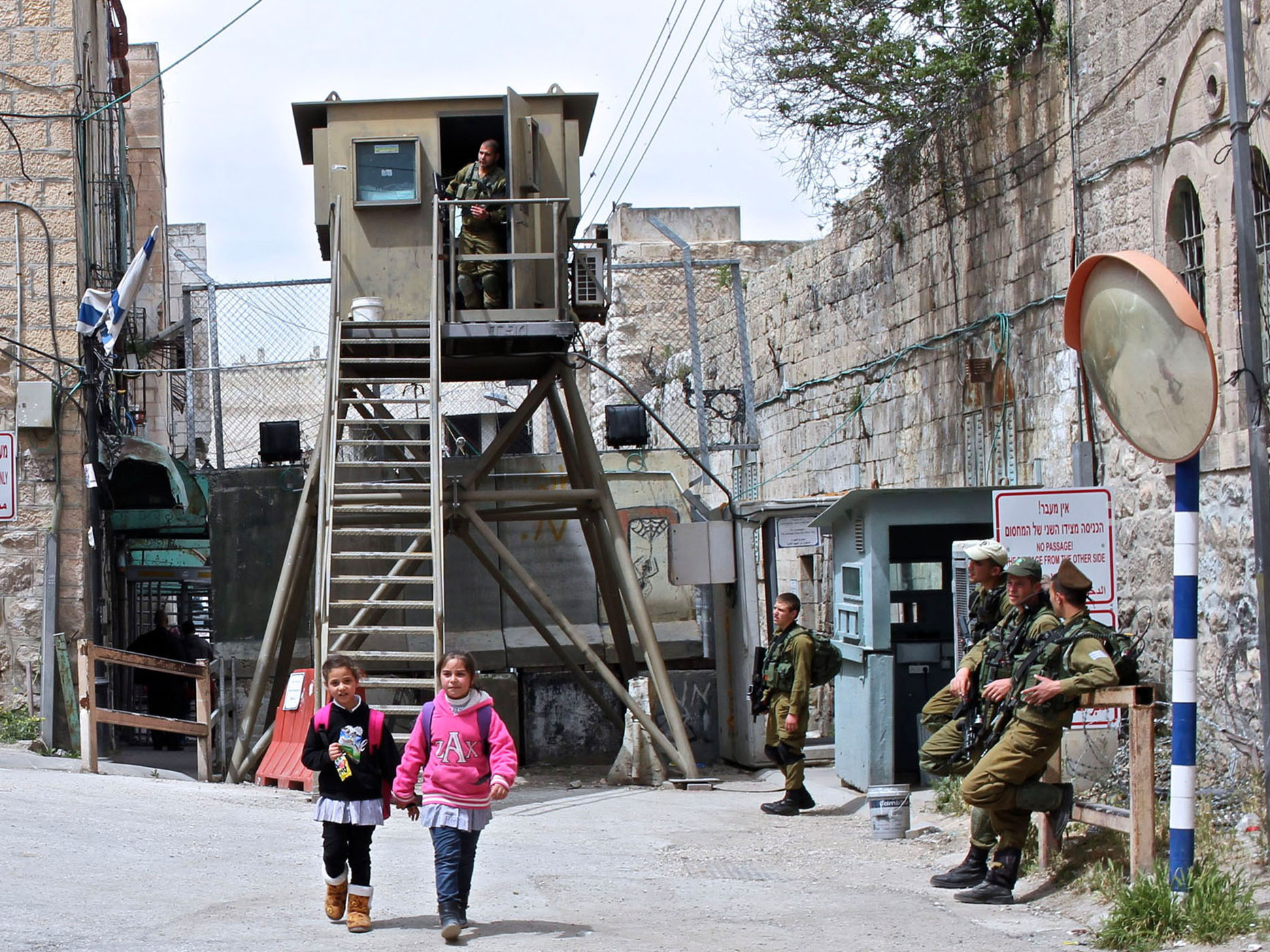 Palestinian children in the heavily fortified H2 area of Hebron.

HEBRON, Saturday, June 18, 2022 (WAFA) – Israeli settlers last night attacked and injured an elderly Palestinian man and homes in the occupied part of the city of Hebron in the south of the West Bank, according to a member of the elderly man’s family.

Arij Jabari, daughter of Abdul Karim, 64, said settlers attacked her father while he was working on his land injuring him in the head. He was taken to hospital for treatment.

Settlers also attacked her father’s house, located near the illegal settlement of Kiryat Arba, east of Hebron city, as well as other homes in the Jaber and Jabari neighborhoods, vandalized their gardens and property and terrorized children and women, she said.

Extremist settlers live in several enclaves in the occupied part of Hebron, known as H2, and regularly attack Palestinian civilians living in that area under the watch and protection of the army.