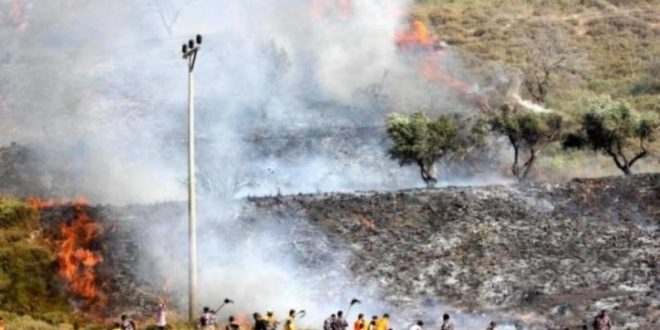 He told WAFA that settlers from the illegal settlement of Givat Ronim set fire to large areas of cultivated land east of the village causing heavy damage to crops.

The settlers also prevented the Palestinian civil defense and firefighters from reaching the area to put off the fire, which was still raging hours later.

The firefighters, nevertheless, were able to reach the fire and prevent it from spreading to homes in the area, according to the Burin civil defense center.

Settlers also attacked several homes in the area, said the head of the village council.