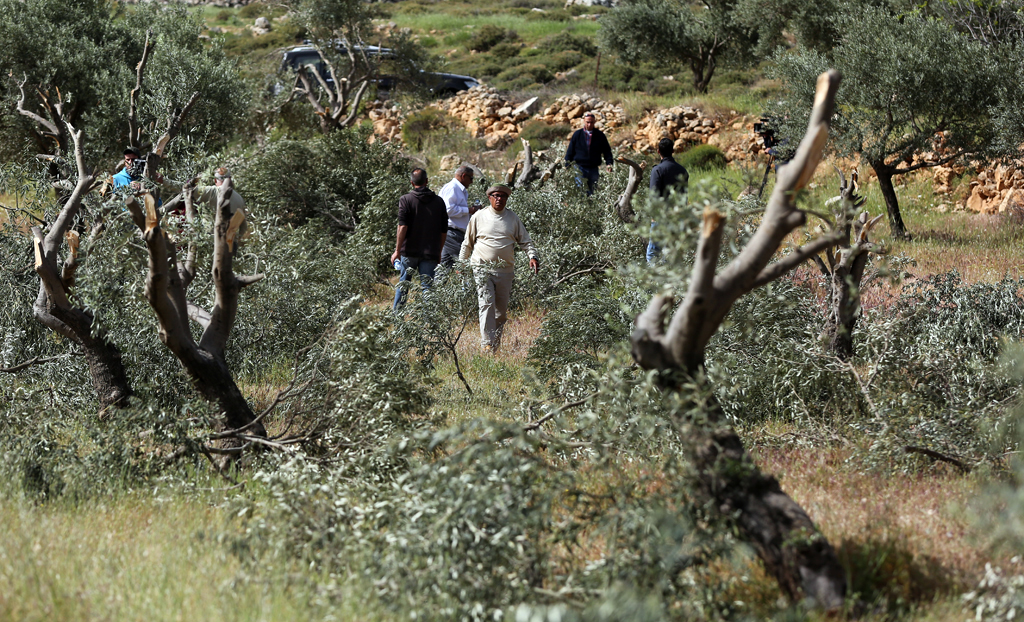 HEBRON, Sunday, May 08, 2022 (WAFA) – Hardline Israeli settlers today uprooted and chopped off about 20 olive trees for Palestinian farmers in the village of Al-Tuwani, south of the occupied West Bank province of Hebron, according to local sources.

Rateb Jabour, a local Palestinian activist, told WAFA that a group of Israeli settlers from the illegal settlement of Maon uprooted and chopped off nearly 20 olive trees belonging to local Palestinian citizens.