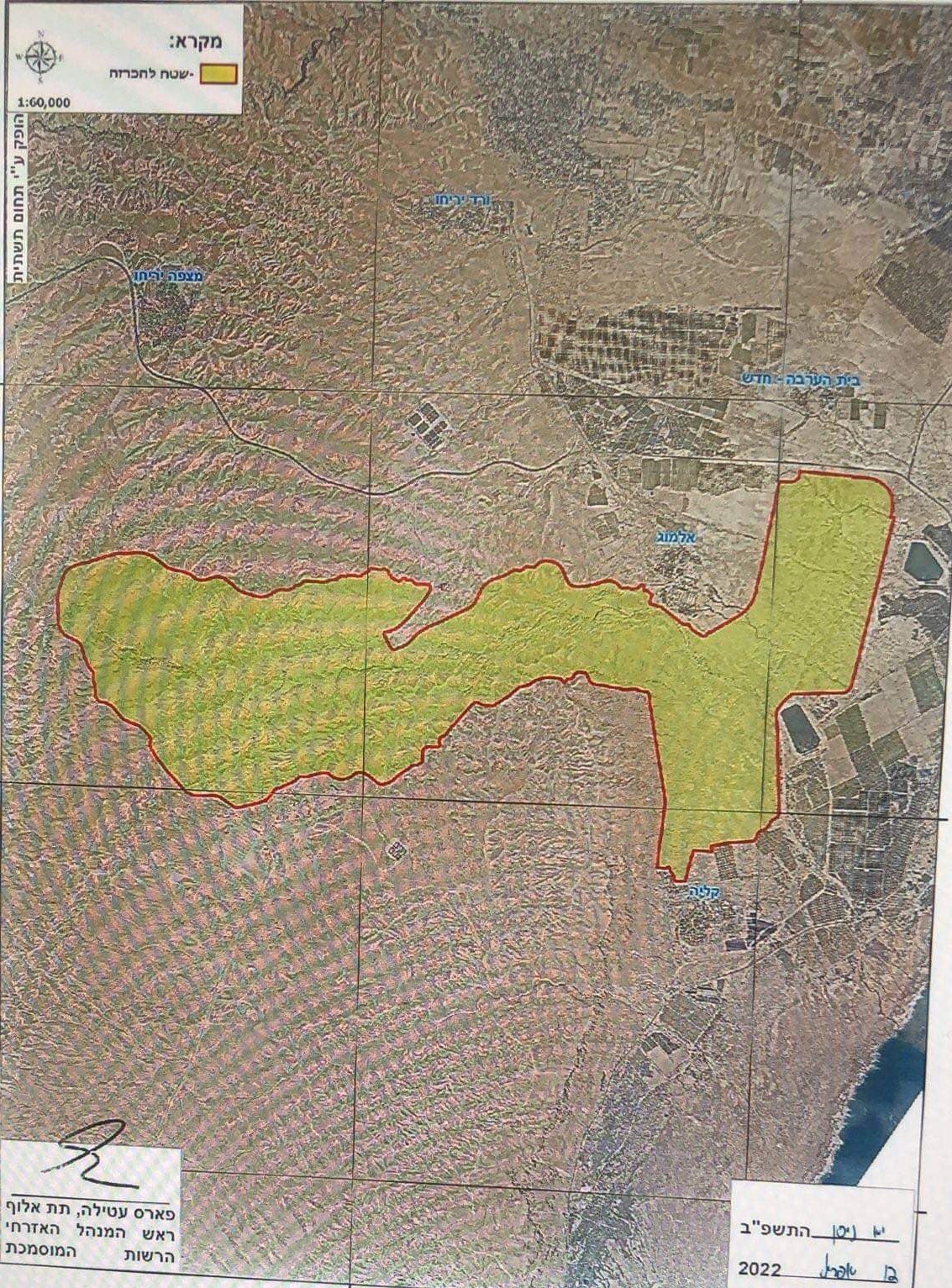 JERICHO, Thursday, May 05, 2022 (WAFA) – Israeli occupation authorities announced today the expropriation of 22,000 dunums of Palestinian-owned land to the south of Jericho city in the occupied West Bank, according to local sources.

Younes Jaafar, a Palestinian rights activist, told WAFA that the land expropriated by the Israeli military order belongs to the village of Sawahera al-Sharqiya, and is part of the Israeli colonial project E1. The project, initiated first in 2012, is aimed at isolating Jerusalem from the rest of the West Bank and disrupting the territorial contiguity between the northern and southern parts of the West Bank.

Muayyad Shaaban, the Head of the Palestinian Authority’s Settlement and Wall Resistance Commission, condemned the Israeli announcement of the expropriation of 22,000 dunums of Palestinian land.

Shaaban said the latest Israeli expropriation order was aimed imposing a fait accompli on the land by changing its features, as well as further dividing the West Bank and turning it into unconnected cantons, thus preventing the establishment of a geographically contiguous and sovereign Palestinian state.

Israel uses the Absentee Property Law to claim the lands it forced the Palestinians to abandon in the 1948 and 1967 wars. It also deploys a range of tactics to declare all unregistered lands – left out by the Ottoman and British occupiers and believed to be two-thirds of the West Bank – as possible “state” land.

Palestinian lands are also confiscated in the name of archaeological and tourism purposes, and if they are bought from Palestinians it is almost always through coercive measures, according to Israeli rights group Peace Now.