Israeli occupation forces shut down a main entrance to Salfit 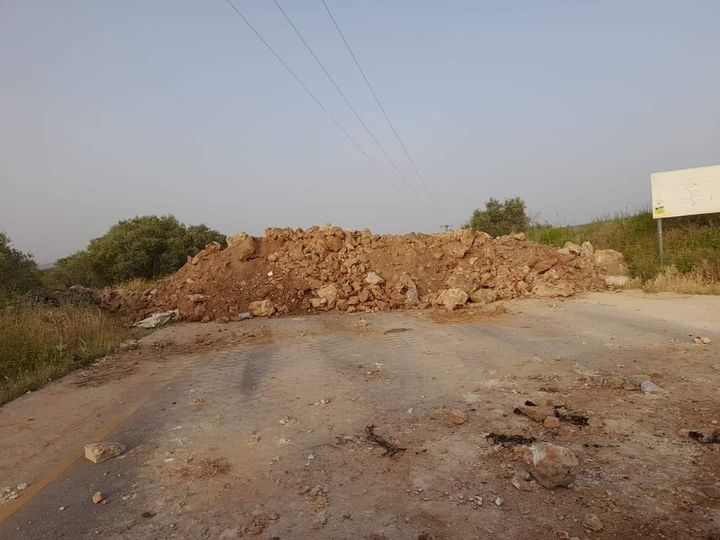 SALFIT, April 30, 2022 (WAFA) - The Israeli occupation army last night shut down with earth mounds the northern entrance to the city of Salfit in the center of the occupied West Bank, denying access into and out of the town to the Palestinian traffic and pedestrians, according to witnesses.

Clashes erupted between the Israeli occupation forces and angry Palestinan youths in the aftermath of the closure, during which the forces fired live bullets, stun grenades and teargas to disperse the Palestinians. No injuries were reported.

The Israeli occupation army also beefed up its presence and restrictions on many neighboring villages and placed temporary checkpoints there, according to local sources, causing delays.