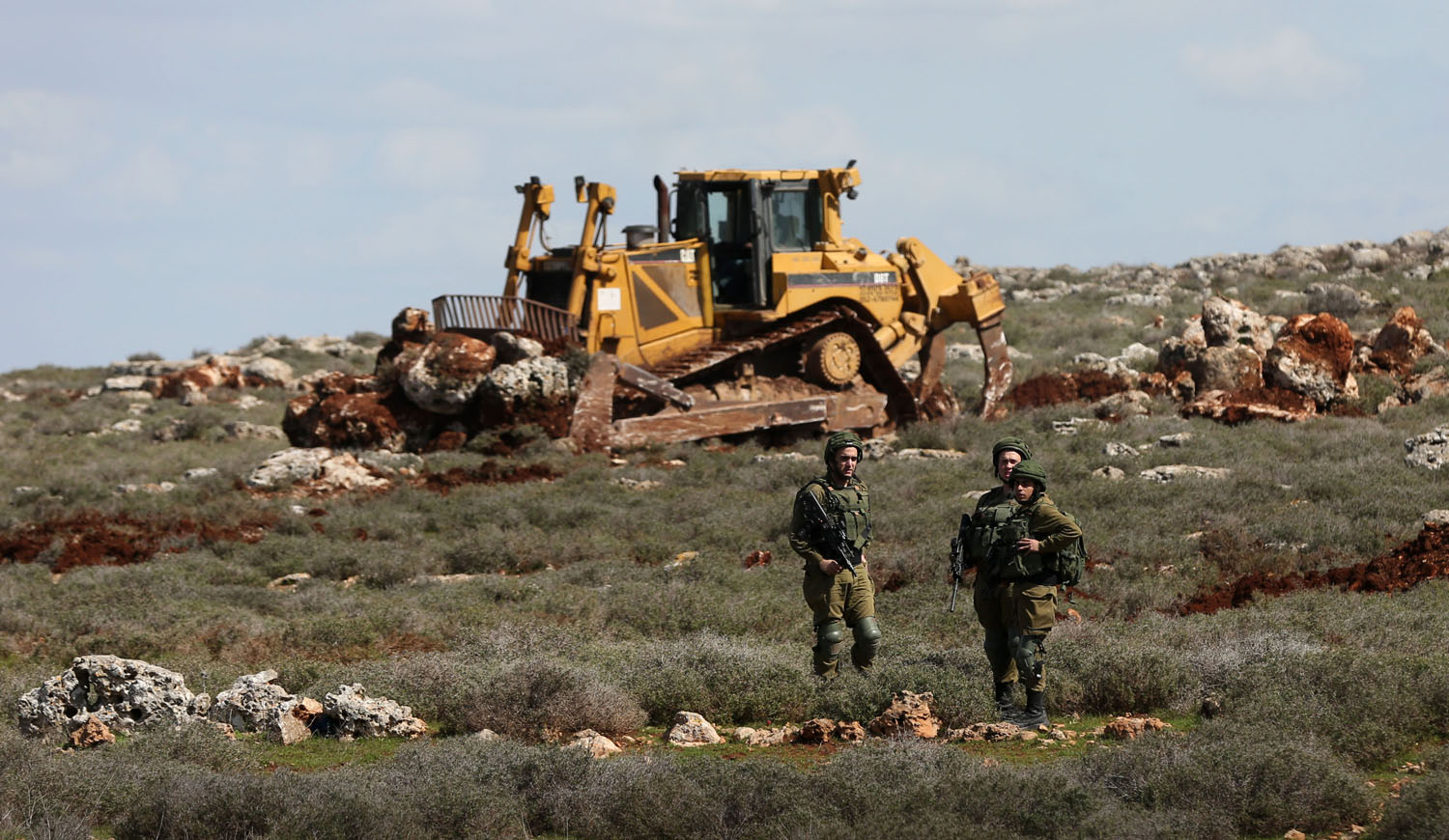 Thiab Masha'lah, head of al-Jab'a village council, told WAFA that the Israeli bulldozers proceeded in the early morning hours to raze lands in the area of al-Khor, owned by the family of al-Masha'lah.

He added that the Israeli bulldozers razed lands in areas to the west of the village, planted with olive and almond trees, noting that the targeted area is about 40 donums and belongs to the families of al-Masha'lah and al-Tous.