For the fifth day, Israeli police storm Al-Aqsa Mosque to secure presence of Jewish fanatics at the Muslim holy site 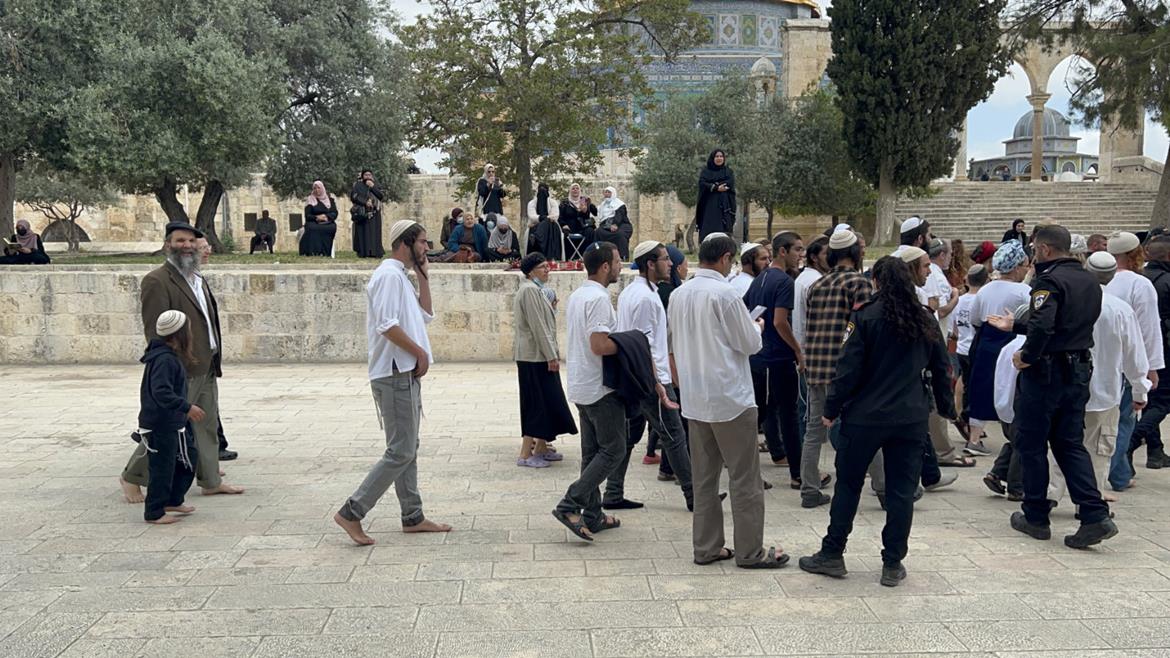 JERUSALEM, Thursday, April 21, 2022 (WAFA) – For the fifth day in a row, Israeli police stormed this morning Al-Aqsa Mosque, one of Islam’s holiest sites located in occupied East Jerusalem, in order to secure the provocative presence of Jewish fanatic groups at the holy compound, according to witnesses.

They said police used force and firepower to evacuate the yards of the mosque compound from the Palestinian worshippers causing several injuries from beating and suffocation from tear gas fired by the police.

Muslim men and women worshippers were forced to go inside the buildings of the compound and to stay there until the Jewish groups finish their tours a few hours later.

Large numbers of Jews were allowed by the police to storm Al-Aqsa Mosque compound during the Jewish Passover holiday, which ends on Saturday, causing serious friction with the Palestinian worshippers that often got violent.

Police said Jews will not be allowed to go inside the Muslim holy compound as of Friday and until the end of the holy Muslim fasting month of Ramadan, which ends at the end of this month, to avoid any further violence in the occupied city of Jerusalem.