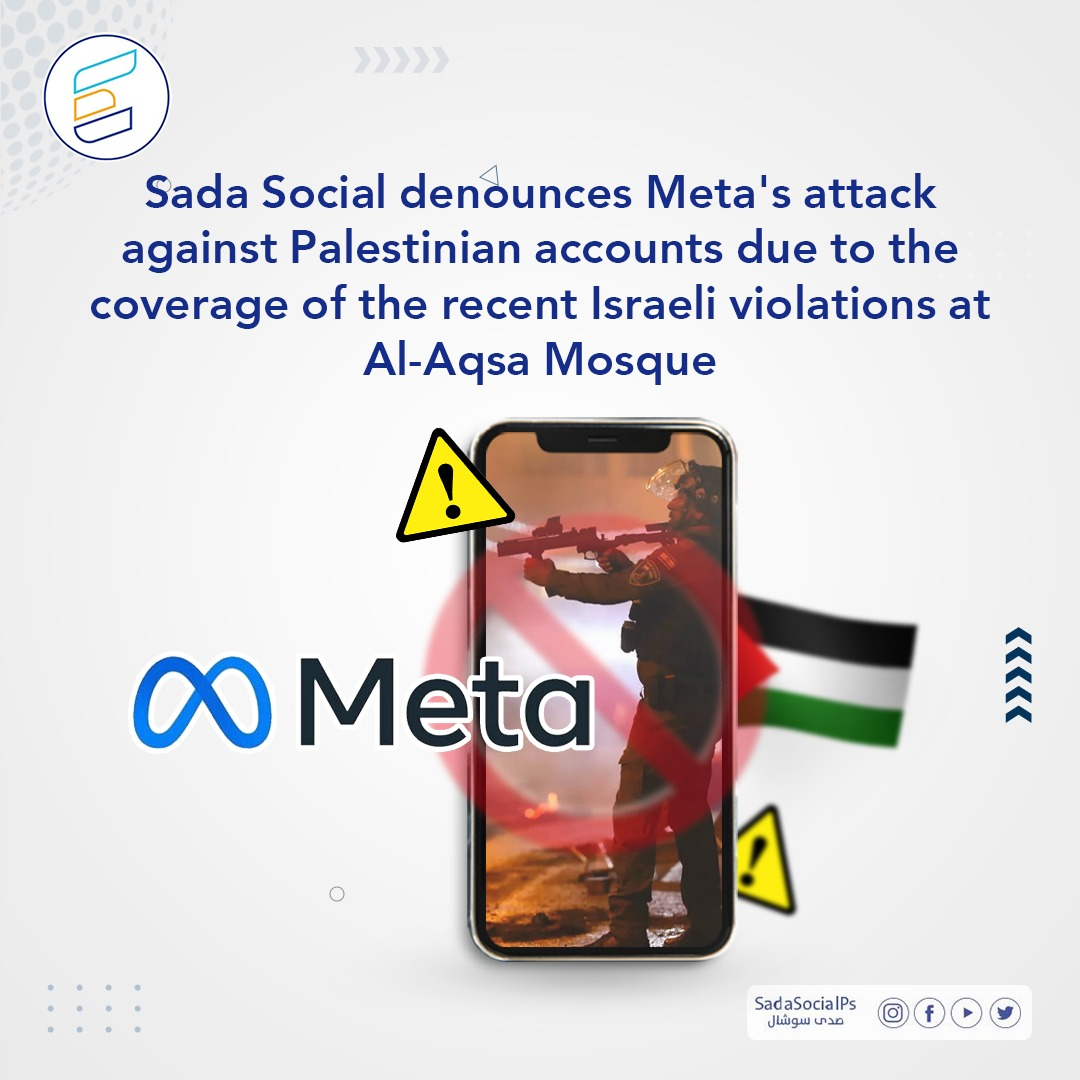 RAMALLAH, Saturday, April 16, 2022 (WAFA) - Sada Social center, which specializes in protecting Palestinian narratives on social media platforms, said that it monitored a number of violations against Palestinian content for their coverage of the current events that do not violate the policies of the Facebook administration and are merely news content.

Sada Social has denounced the Meta attack against Palestinian news pages and accounts due to their coverage of recent Israeli attacks at Al-Aqsa Mosque during Fajr prayer on the second Friday of Ramadan.

Facebook, without any prior warning, deleted the "Al-Qastal News" page which is one of the most prominent pages specialized in Jerusalem's events, despite its strict adherence to its publishing standards.

Al-Qastal administration said that Facebook did not send any message as usual, stressing that the deletion of their page was requested by the Israeli occupation that does not want its series of crimes against the Palestinian people to be exposed to the world.

The Center considered that this campaign is standing aside with Israeli occupation to tighten the screws on the Palestinians and their media on the space of blue site (Facebook), which claims that it was established for free space and expression of opinion.

The Center also indicates the necessity of communicating with it for anyone who has been subjected to a digital violation due to Palestinian content on social media platforms, especially media platforms and journalists.