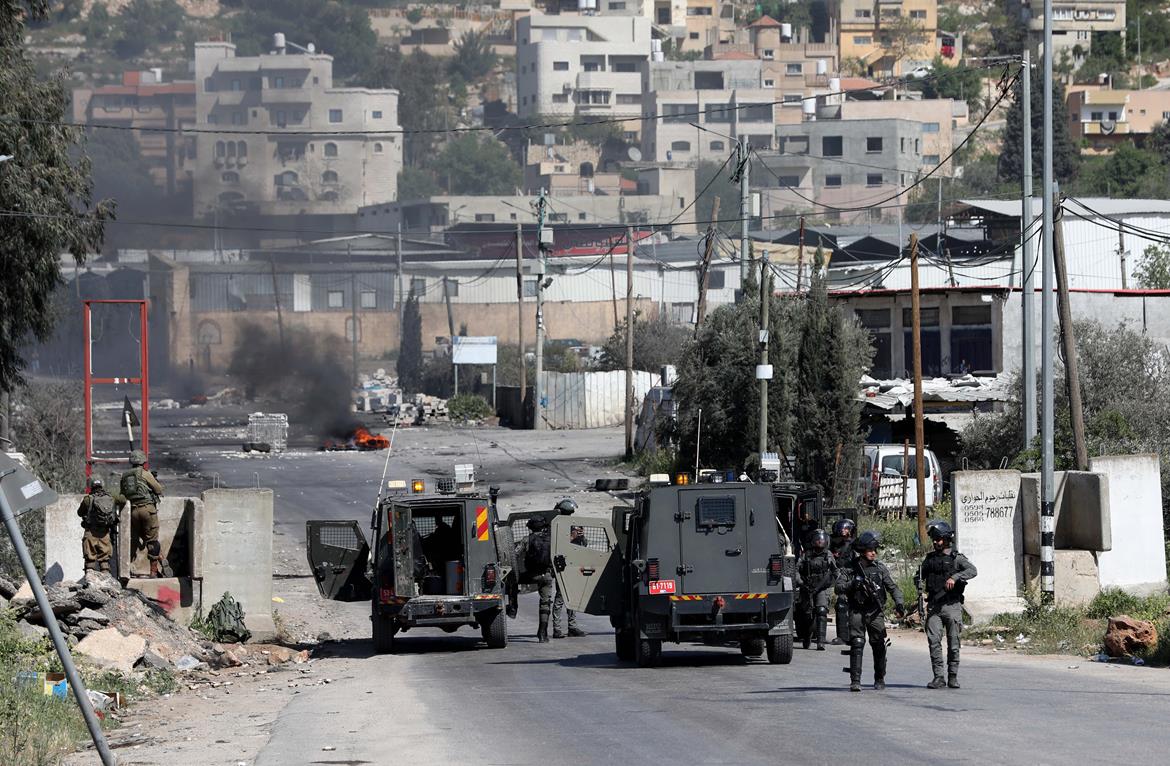 Israeli occupation fores shut down the entrance to Beita village, in the West Bank province of Nablus, during clashes with Palestinian protesters, 15 April 2022 (Credit: Ayman Nubani/WAFA)

In Qalqilia province, north of the occupied West Bank, at least three Palestinians were injured by Israeli occupation forces during the weekly protest against Israeli settlement construction in the village of Kafr Qaddum.

In Hebron province, south of the occupied West Bank, Israeli occupation soldiers attacked Palestinians demonstrating at Shuhada Street in downtown Hebron, injuring a Palestinian with a live shot in the pelvis and causing many cases of suffocation from teargas inhalation.

In Nablus, north of the West Bank, three Palestinians were injured by Israeli rubber-coated rounds as Israeli occupation forces attacked the weekly anti-occupation protest in the village of Beit Dajan.

Saleem Abu Jaish, an anti-occupation activist based in the village, told WAFA that residents took part in the weekly protest against Israeli settlement construction following the Friday prayer, but were met by Israeli brutal force resulting in the injury of three Palestinians by rubber-coated rounds. Many others suffered suffocation from inhalation of Israeli teargas.

Meantime, at least one protester was injured by an Israeli live shot and others suffoated from teargas in clashes with the Israeli occupation forces at the entrance to the village Bazariya, to the northwest of Nablus.