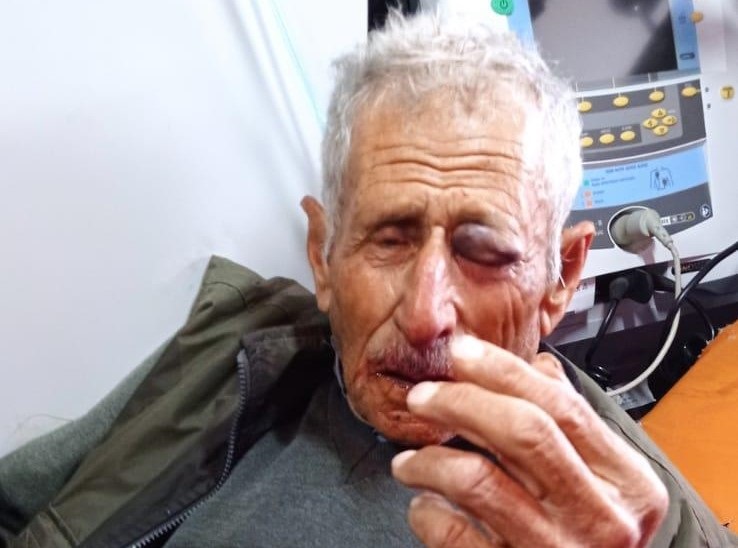 TULKARM, Saturday, April 09, 2022 (WAFA) – An elderly Palestinian man was acutely beaten up by a group of Israeli settlers while grazing his sheep outside the village of Kafr al-Labad in the occupied West Bank province of Tulkarm, local sources said.

The settlers, armed with rifles, assaulted and beat up 80-year-old Mahmoud Hussein Fuqaha while grazing his sheep inside his own land, located in the vicinity of the colonial Israeli settlement of Einav.

The 80-year-old man, who sustained fractures and an injury in his left eye, was evacuated to a nearby hospital for medical treatment.

Over 600,000 Israelis live in Jewish-only settlements across occupied East Jerusalem and the West Bank in violation of international law.