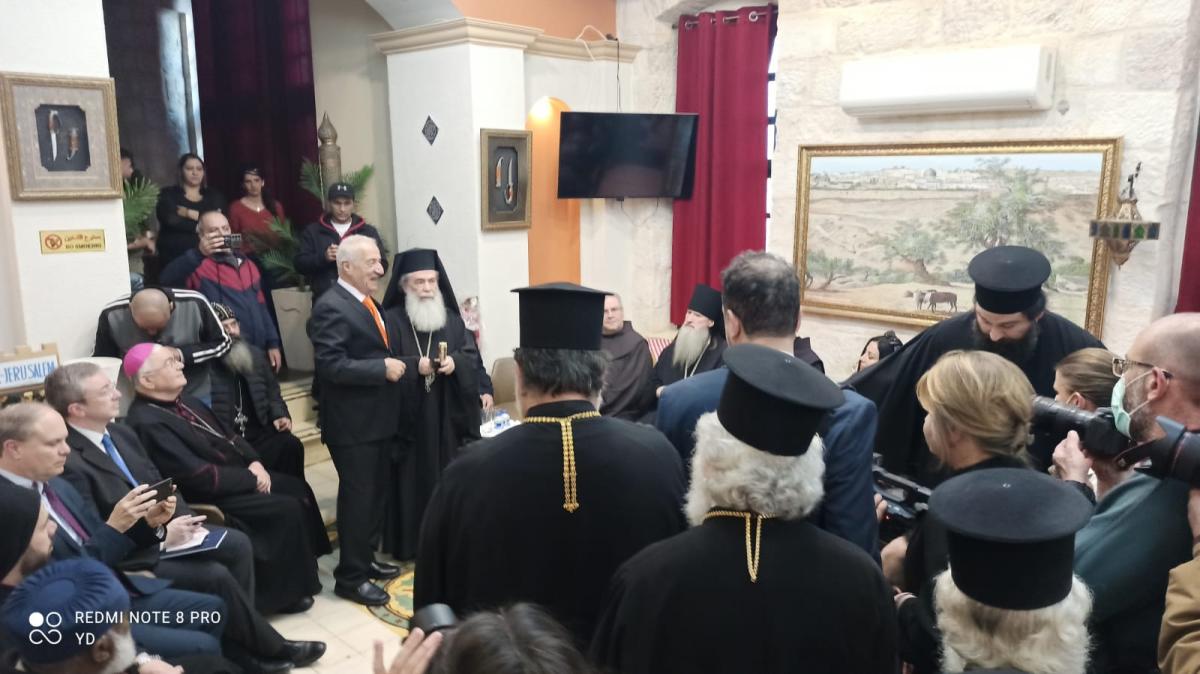 GENEVA, Wednesday, March 30, 2022 (WAFA) – The World Council of Churches Tuesday expressed solidarity with the heads of Jerusalem churches as Israeli settlers took over a high-profile hotel in the Old City of Jerusalem.

World Council of Churches acting general secretary, Ioan Sauca, expressed the international ecumenical movement’s firm solidarity with Patriarch Theophilos III and the other local church leaders in preserving the Christian presence in Jerusalem following the takeover of the Little Petra Hotel, located near Jaffa Gate in the Christian Quarter of the Old City, which belongs to the Greek Orthodox Patriarchate.

On Sunday evening, members of the Ateret Cohanim radical settler group broke into the hotel as well as into a local money-changing shop belonging to the Patriarchate and rented by a Palestinian Jerusalemite at the hotel’s entrance. There, with the aid of local police, they unceremoniously evicted the family who rents and operates the hotel, without presenting any “eviction” documents, noting that the tenant status of the property is still in the midst of legal negotiations.

“This action by Ateret Cohanim is yet another example of the threat by radical elements to the Christian presence in Jerusalem and the Holy Land of which local church leaders have warned”, Sauca observed.

Sauca recalled official Israeli assurances to “stand strong against any forms of racism, discrimination, or extremism” and to “reject any assault or threat on religious communities, leaders, or houses of worship”.

“As we approach Easter, Ramadan and Pessach—a confluence of sacred celebrations in 2022—may a spirit of justice and dignity pervade the Holy City and those who live, work, and pray there,” said Sauca.

He called for protection of Palestinian victims of settler attacks and forced displacements, the removal of settlers from the church property and holding them accountable for their criminal act.

“As we approach Easter, Ramadan and Pessach—a confluence of sacred celebrations in 2022—may a spirit of justice and dignity pervade the Holy City and those who live, work, and pray there,” said Sauca. “We call on local authorities to stand up for the protection of people who deserve to live in peace.” The WCC, he said “calls for an end to impunity in Israel for such violations, for the police authorities to remove the illegal occupants from the Little Petra Hotel, and for them to be held accountable for the criminal offences they have committed.” He affirmed the “WCC’s solidarity with the Greek Orthodox Patriarchate and with all the churches of the Holy Land in their resistance against such threats, attacks and illegal actions.”