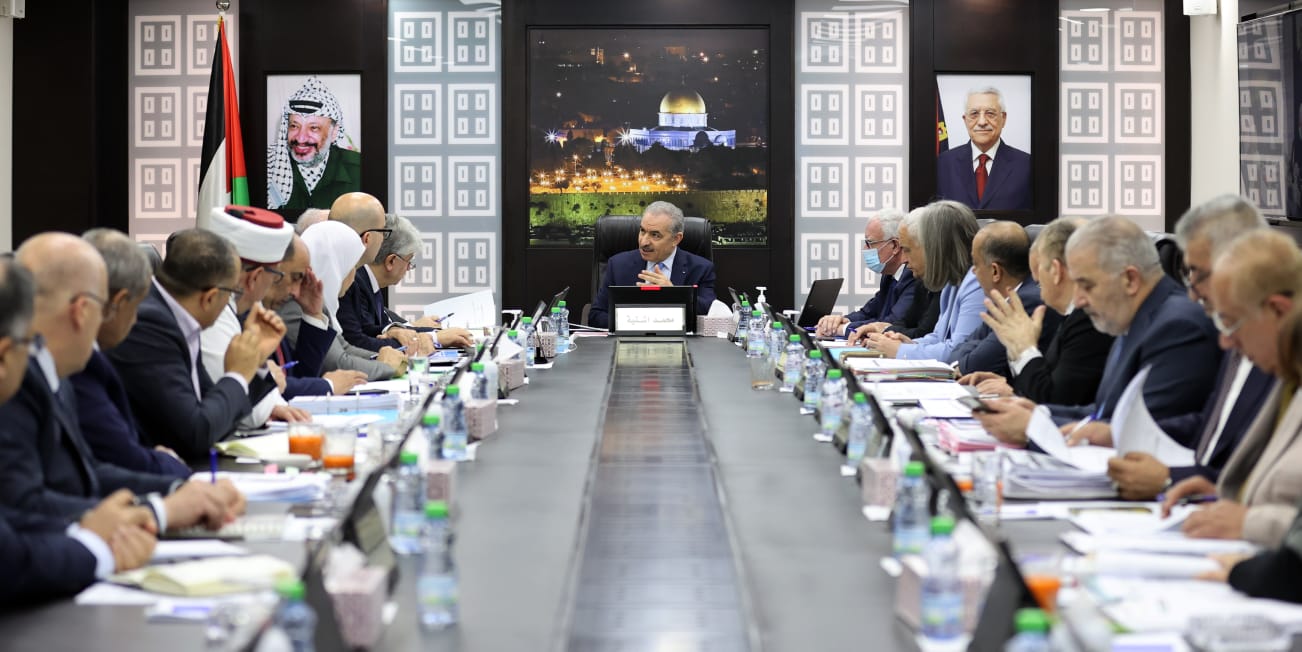 "We're following with concern Israel's movement in the region,” said the Prime Minister at the start of the weekly cabinet meeting in Ramallah. “Arab normalization meetings without ending the Israeli occupation of Palestine are just an illusion, a mirage, and a free reward for Israel.”

Shtayyeh was referring to the meeting for the foreign ministers of Egypt, Morocco, Bahrain, and the United Arab Emirates with their Israeli and US counterparts held today and yesterday in the Naqab desert in the south of Israel.

“Israel is ignoring the causes of our people, half of whom are under occupation and the other half in refugee camps, in exile and the diaspora. Despite Israel's attempts to ignore our rights, expand its colonial settlements, set up checkpoints, kill and arrest us, and destroy any chance of peace with us, we have never been more determined to confront this Israeli machine that is destroying our land, people, and sanctities,” said the prime minister.

“Those who do not want to see the truth know that we will remain loyal to our land, to our sanctities, the Arab nation, our history, the present of our nation, and the freedom of our heroic people, who are determined to thwart all schemes aimed at undermining our right to independence, sovereignty and freedom."