Poland agrees, with conditions, to take in Palestinian students from Ukrainian universities who fled the war 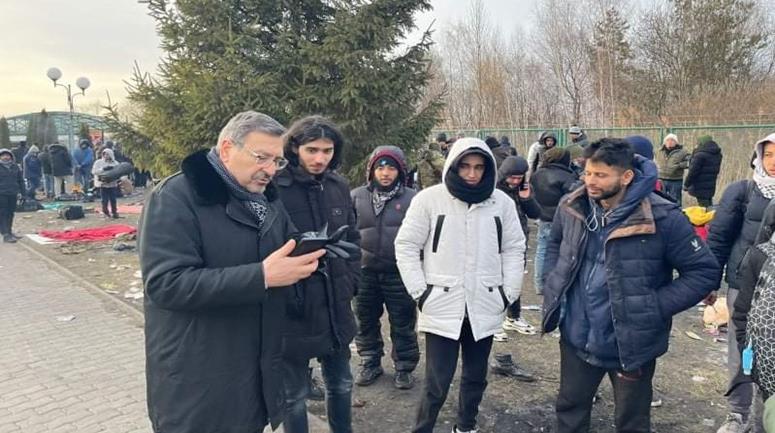 Palestinian students fleeing Ukraine at the borders with Poland.

RAMALLAH, Monday, March 14, 2022 (WAFA) – Poland has agreed to take in Palestinian students, under certain conditions, who were studying at Ukrainian universities but had to interrupt their studies and flee the country following Russia’s last month's invasion of the eastern European country, today said the Palestinian Ministry of Foreign Affairs and Expatriates.

It said in a statement that after contacting the Polish authorities, the ministry of education has agreed to help the Palestinian students who were pursuing their higher education at Ukrainian universities, according to Ahmad al-Deek, a foreign ministry official.

It called on the students to approach the Polish university that offers the major they were studying in Ukraine and present it with papers proving their years and place of study.

Those who do not have the proper papers proving years of study should show any document proving that they were studying at a Ukrainian university and sit for an aptitude test at the Polish university to prove their level of competence.

However, non-Ukrainian students completing their studies at Polish universities will not get any preferential treatment, such as financial support, from the Polish authorities and have to pay their own tuition fees as per Polish law.