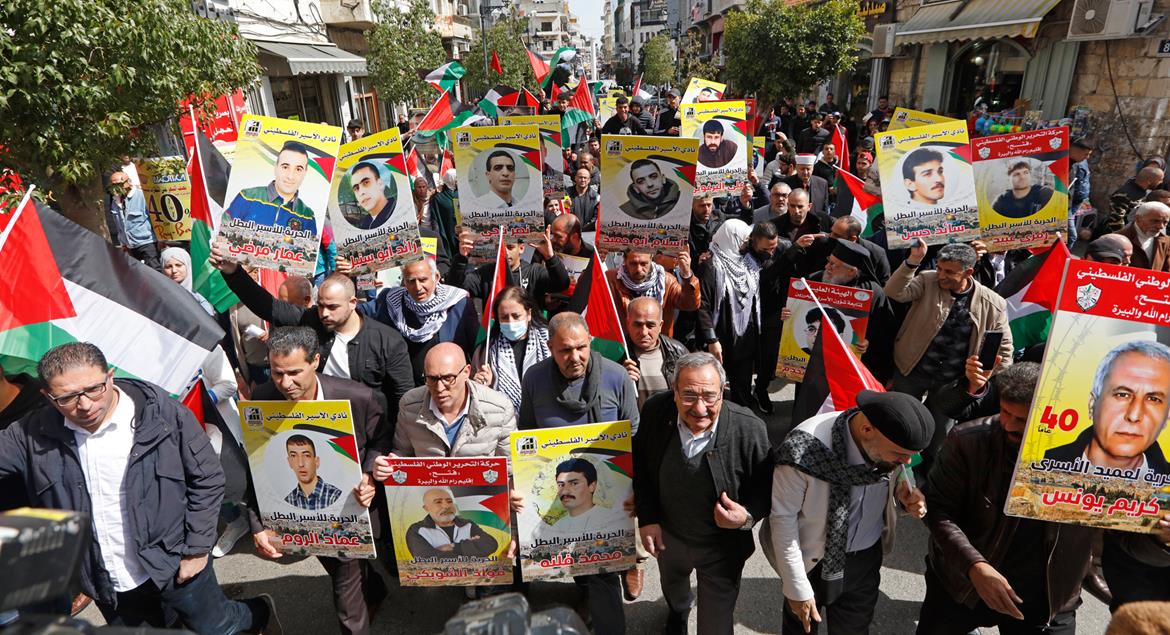 The protests were called for by prisoners’ advocacy groups who called for a day of rage today throughout the occupied territories and abroad in support of the freedom fighters.

In Ramallah, dozens of people waving the Palestinian flag marched in the city center, chanting slogans calling for the release of the critically sick prisoners.

In Hebron, Palestinians clashed with Israeli soldiers at contact points in the old town area following a rally and a demonstration in the southern West Bank city.

Prisoners had urged the public to support them in their battle to improve their prison conditions, which promoted advocacy groups to call for a day of rage today in support of the prisoners.

In Beit Ummar, north of Hebron, Palestinians also clashed with Israeli soldiers manning checkpoints at the entrance to the town. The soldiers showered the stone-throwing Palestinians with tear gas and rubber bullets causing minor injuries.

Similar rallies and demonstrations were held in Tulkarm, Bethlehem, and in other cities and towns.