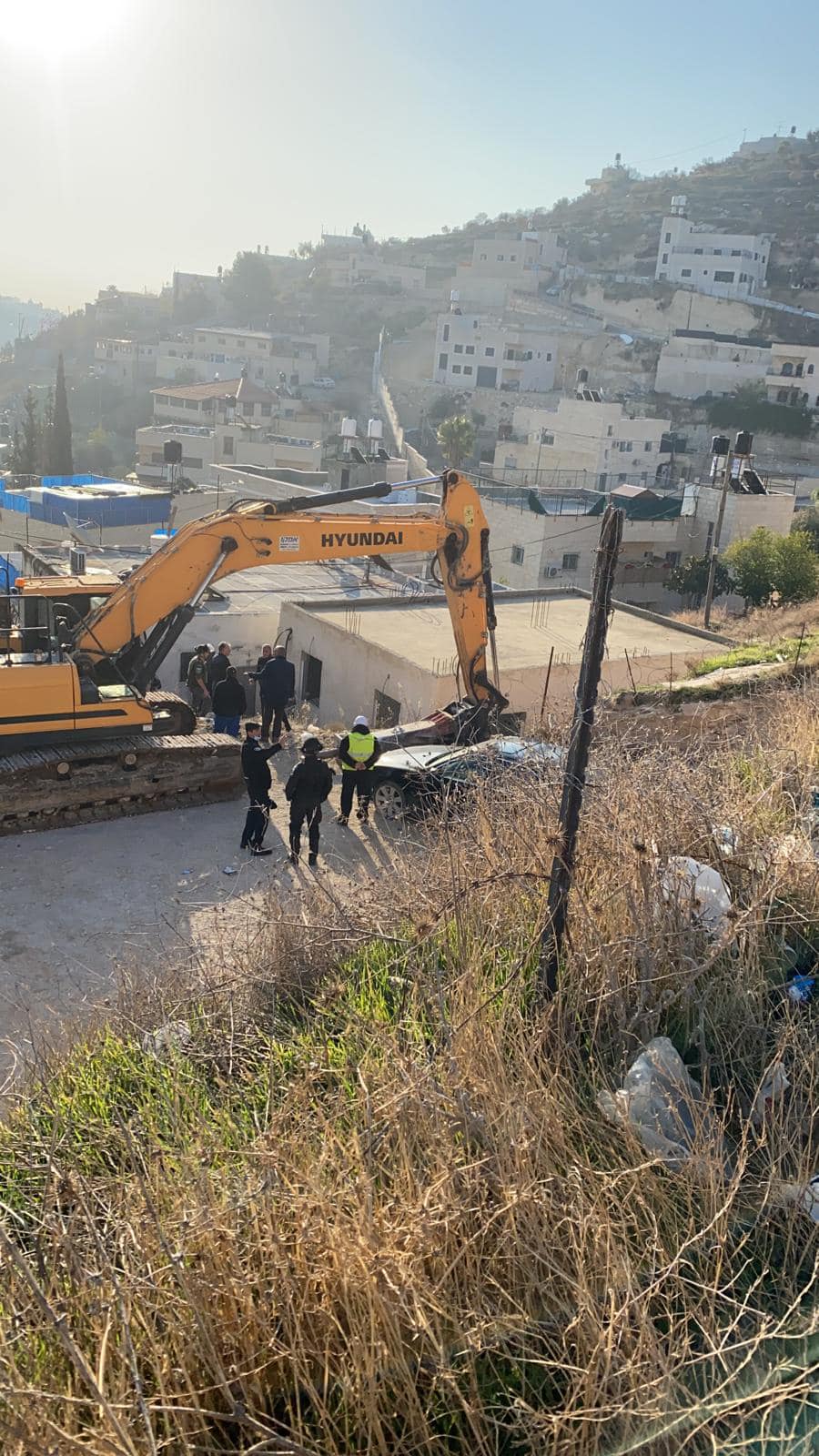 JERUSALEM, Thursday, February 17, 2022 (WAFA) – The Israeli occupation authorities today tore down a commercial facility in the East Jerusalem neighborhood of Issawiya, according to WAFA correspondent.

He said that Israeli police and municipal staff barged their way into an area known as Wadi al-Dam in the neighborhood, and cordoned if off before bulldozers demolished a commercial facility belonging to the Qassas family.