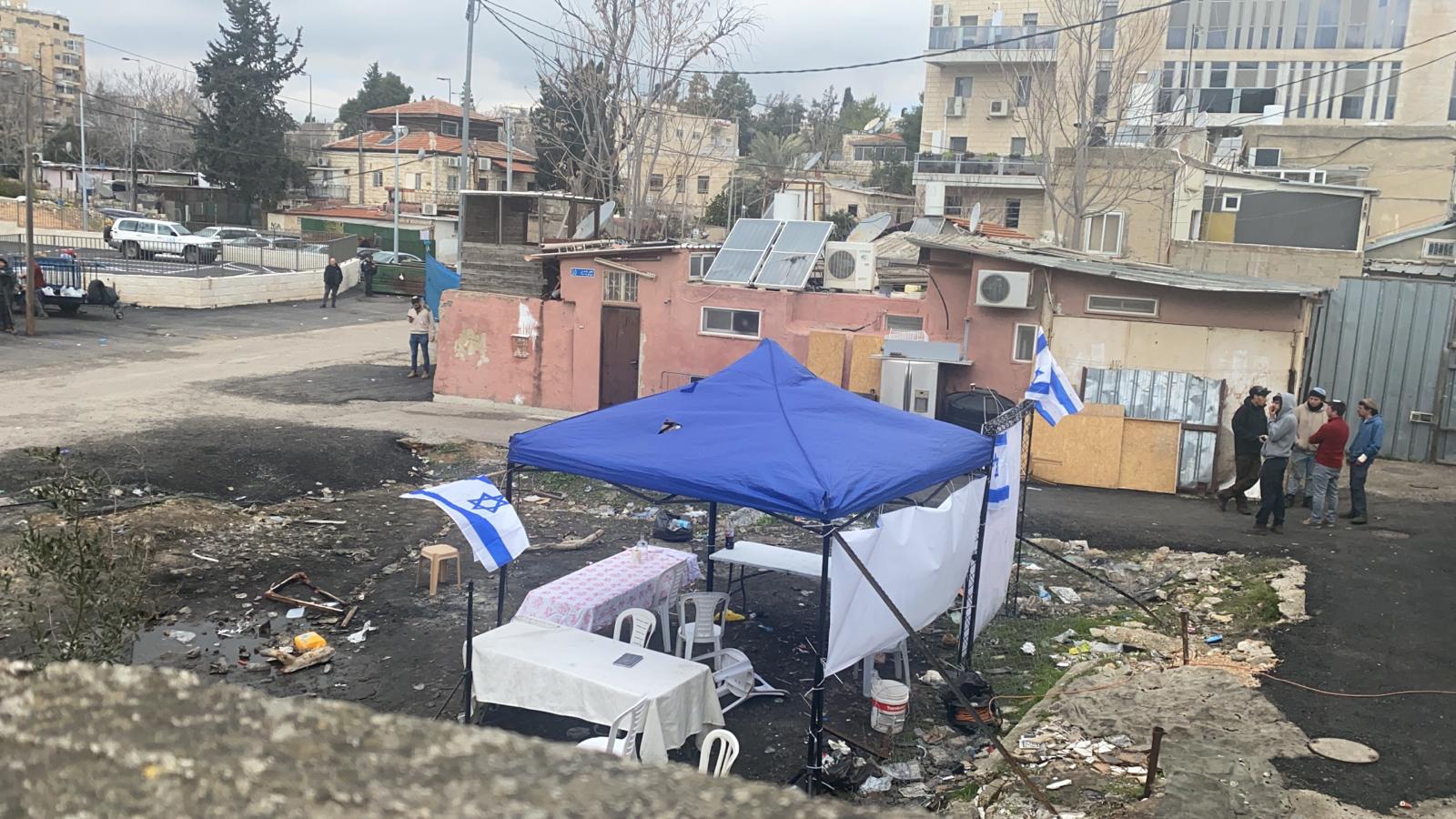 The tent Israeli right-wing lawmaker Itamar Ben Gvir had set up on the Salem family land in Sheikh Jarrah, which provoked widespread Palestinian and international condemnation.

At the same time, they said, Israeli police raided several homes in the neighborhood and searched them, mainly those close to the Salem home where Ben Gvir and his gangs set up a base yesterday and attempted to do the same today before they were forced to leave the area.

Police also reinforced the dozens of street surveillance cameras installed on poles in the neighborhood which the Israeli mayor of West Jerusalem said were necessary to expose those whom he referred to as “trouble makers,” in reference mainly to the Palestinian residents and their supporters.

The Israeli courts gave the Salem family until the end of March to evacuate the land and home it has lived in for decades in Sheikh Jarrah for the benefit of Jewish settlers.