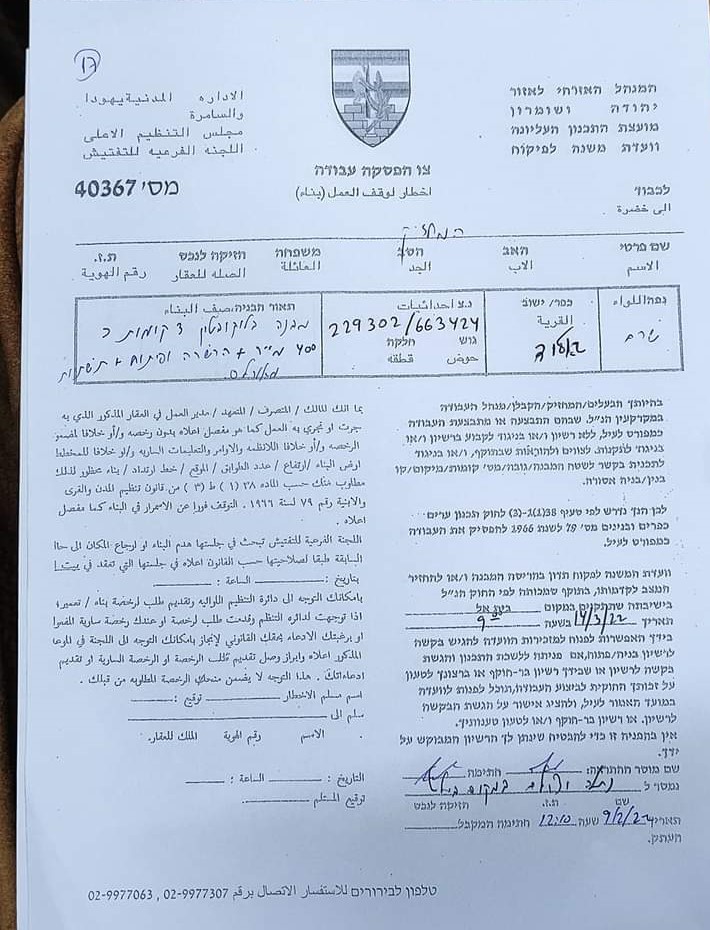 NABLUS, Wednesday, February 9, 2022 (WAFA) - Israeli occupation authorities delivered today evening nine orders to stop construction works on homes and other facilities in the village of Qaryout, southeast of Nablus, in the northern occupied West Bank, according to a local activist.

Anti-settlement activist, Bashar al-Qaryouti, told WAFA the occupation forces stormed the eastern region known as the al-Dababis area and handed residents notices to stop construction works on nine houses and other facilities, including an apartment building consisting of eight apartments and an animal barn.

He pointed out that 14 families live in these houses, some of which are located in an area classified as Area B, under Palestinian civil control and Israeli military control, and have been granted building licenses from the local government, noting that this is the third notification the residents have received.

He said that this area has been recently targeted by settlers’ attacks, including physically assaulting residents, uprooting trees, and preventing residents from working on their land.