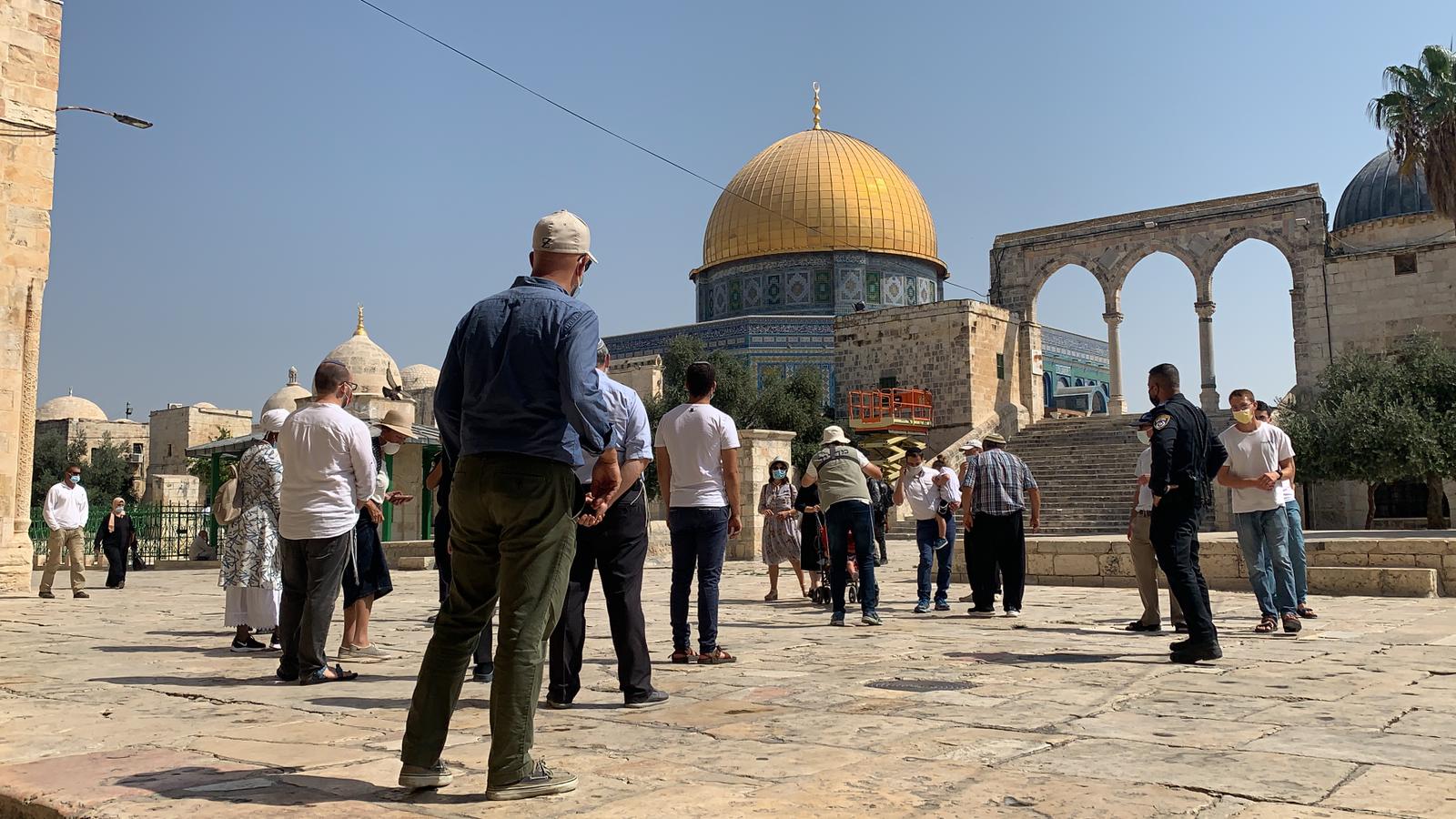 JERUSALEM, Sunday, February 06, 2022 (WAFA) – Scores of Israeli settlers guarded by an Israeli police escort broke into the Al-Aqsa Mosque compound in occupied Jerusalem today and performed rituals throughout its courtyards, according to witnesses.

Jerusalem's Islamic Waqf, which manages the Al-Aqsa Mosque, said groups of settlers entered the holy site through the Moroccan Gate and performed rituals and Talmudic prayers there.