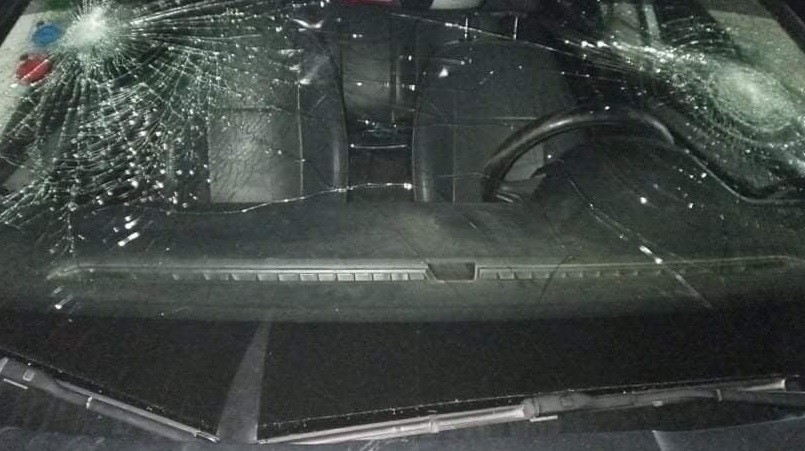 Settlers smash the windshield of a Palestinian vehicle (file photo)

They said that settlers pelted cars with Palestinian registration plates with stones and empty bottles near the town, causing damage to many of them.

The settlers gathered in large groups in the area, before attacking the Palestinian cars, and chased many residents.

Meanwhile, Israeli soldiers barged their way into the town before storming and ransacking several homes and stores, and confiscated surveillance equipment.

The soldiers set up roadblocks at the junction of Arraba town, and the Wad Da’ouq area, in addition to the main Arraba-Ya’bad road, stopping and inspecting dozens of cars and interrogating many passengers.

This followed the killing of an Israeli settler in a shooting attack near the evacuated colonial settlement outpost of Homesh, north of Nablus, on Thursday night.

The incident comes a few days after Israeli forces shot and killed a Palestinian man in the city of Nablus following a raid on his home, while two other Palestinians were wounded after being run down by an Israeli military vehicle, according to the Palestinian Red Crescent Society.

Last week, Israeli forces killed a Palestinian and wounded 70 others in Beita, a village in Nablus, during a protest against Israeli settlements in the West Bank.