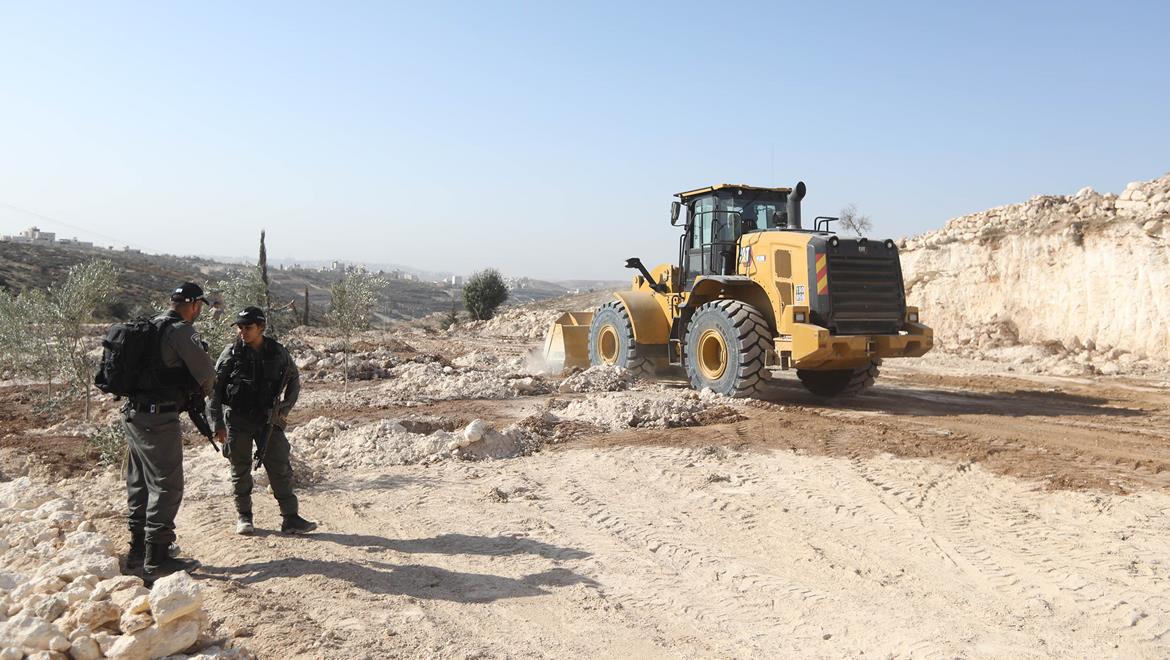 Fou’ad al-Amour, an activist, told WAFA that the Israeli forces escorted a bulldozer into the village, where the heavy machinery leveled a three-donums plot of land and uprooted 120 olive and almond trees.

In June 2019, as showed in a PLO’s Negotiations Affairs Department’s report, Israel seized 4,800 dunams of land from several localities, including Birin, for the expansion of Bani Haiver.

Located to the southwest of Bani Na‘im, Birin has a population of 160 and is flanked by Bani Haiver colonial settlement from the east and the settler-only bypass Road No. 60 from the west. Its residents were originally expelled from Naqab in southern Israel and now depend on agriculture and livestock as their main source of livelihood.