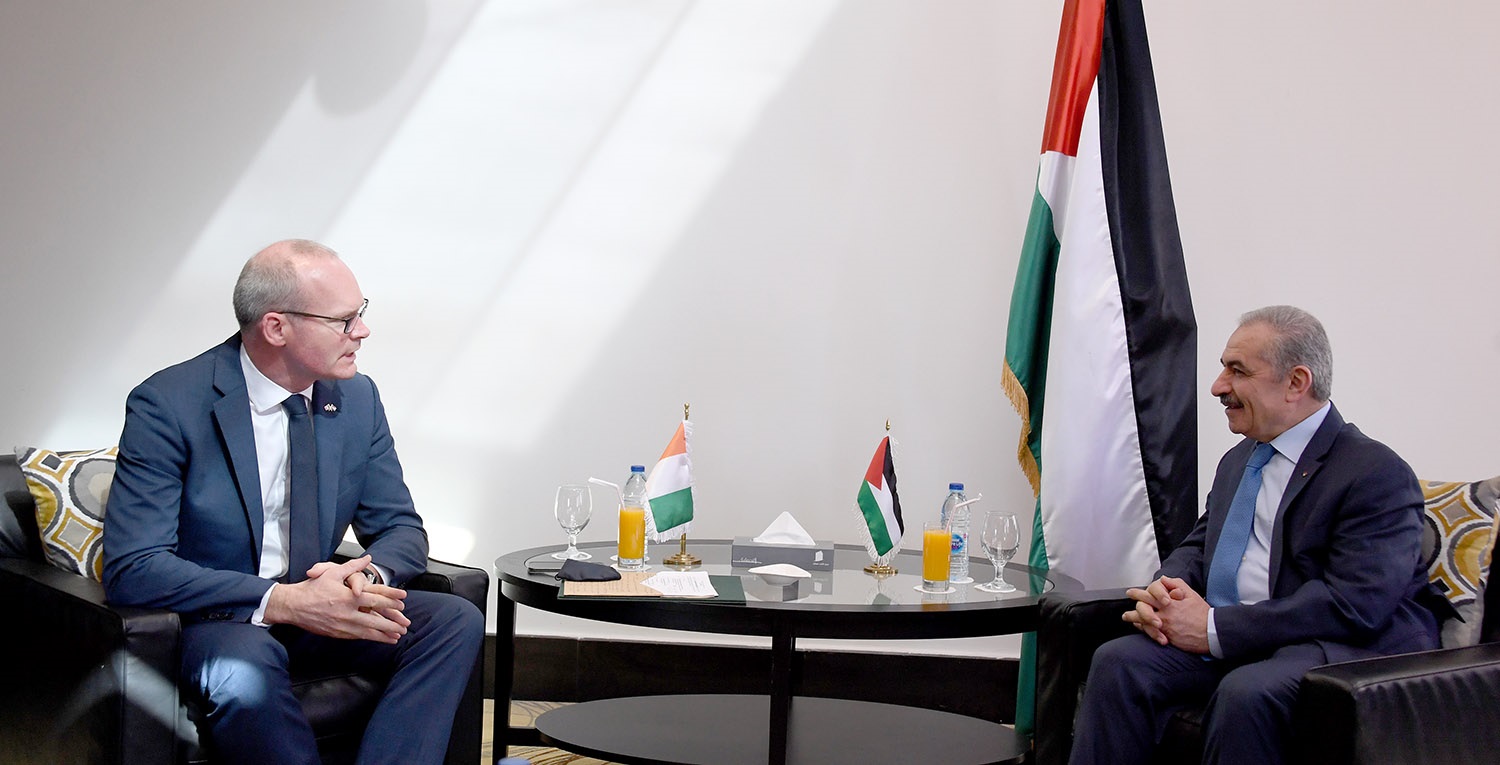 During a meeting with Ireland’s Minister for Foreign Affairs, Simon Coveney, in Amman, Prime Minister Shtayyeh discussed with Coveney the recent political developments on the Palestinian arena and underscored the need for Europe to act to preserve the constantly eroding two-state solution, given the unabated Israeli colonial-settlement construction and intensifying acts of violations and settler terrorism against the Palestinian people.

He reiterated the need for Europe to take a politically rewarding step while calling for EU pressure on Israel in order to oblige it to halt colonial-settlement construction, daily intrusions upon holy sites in Jerusalem, including Al-Aqsa Mosque compound, attempts to forcibly displace Palestinians from Jerusalem and lift 14-year Gaza siege.

He pointed that the Palestinian leadership remains committed to holding elections and continue making persistent efforts with the international community to oblige Israel to honor all signed agreements, including with regards to allowing electoral voting and campaigning in Jerusalem.