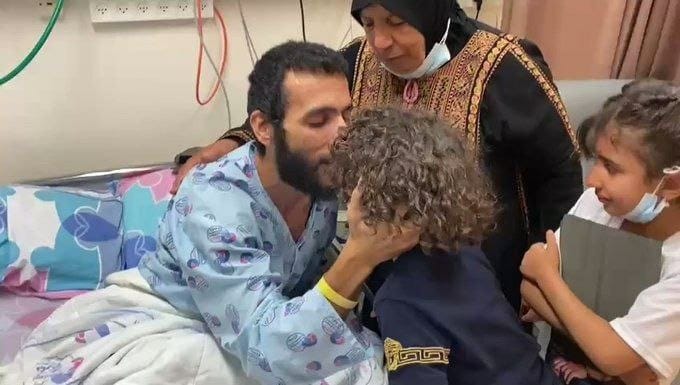 Administrative detainee in Israel, Kayed Fasfous, who has been on hunger strike for 108 days demanding his freedom, with his family at his hospital bed after a court froze his detention.

RAMALLAH, Saturday, October 30, 2021 (WAFA) – President Mahmoud Abbas has asked the head of the Palestinian Authority’s Detainees Affairs Commission, Qadri Abu Bakr, to start a two-week international tour aimed at internationalizing the issue of the seven hunger-striking Palestinian administrative detainees held in Israeli prisons, one of them, Kayed Fasfous, has been fasting for 108 days today, demanding their freedom.

Hasan Abed Rabbo, a spokesman for the Commission, said Abu Bakr headed yesterday to Cairo to meet the Secretary-General of the League of Arab States, Ahmed Aboul Gheit, legislators, representatives of human rights organizations and trade unions, lawyers and journalists to brief them about the situation of the hunger strikers.

Abu Bakr is also expected to travel to France and Belgium to hold meetings with officials there to raise the issue of the hunger-striking detainees and work out an end to their suffering.

Yesterday, an Israeli court reinstated the administrative detention, without charge or trial, of Fasfous, despite a serious deterioration in his health due to the fact he has been on hunger strike for 108 days.

On October 14, the Israeli High Court issued a verdict freezing the administrative detention of Fasfous, who is being treated at Israel’s Barzilai Medical Center due to his critical health condition.

However, since the decision was to freeze and not to end his administrative detention, he continued with the fast.

The other prisoners on hunger strike are Meqdad Qawasmeh, who has been on hunger strike for 101 days, Alaa Aaraj (84 days), Hisham Abu Hawwash (75 days), Shadi Abu Akr (67 days), and Ayyad Hureimi (38 days). 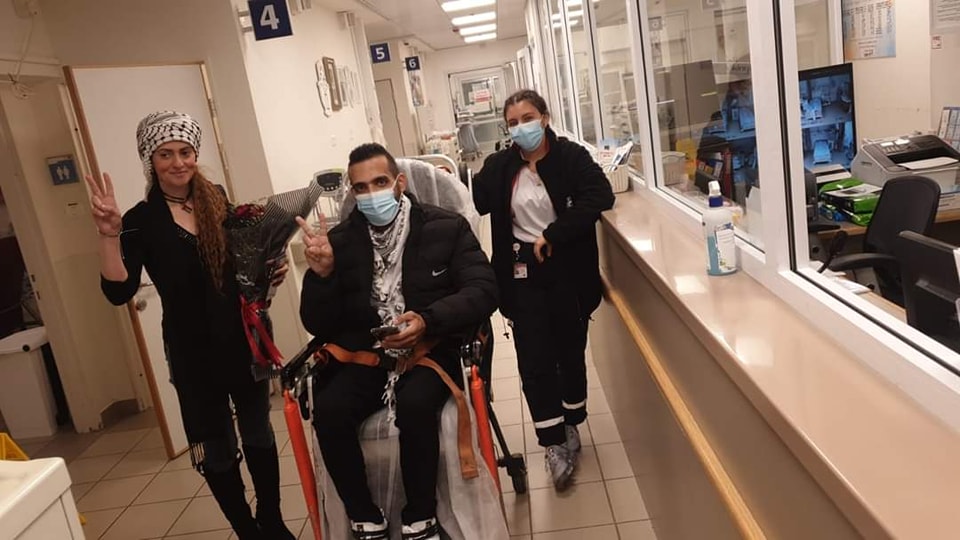