In a show of solidarity, President Abbas meets with Palestinian civil society organizations targeted by Israel 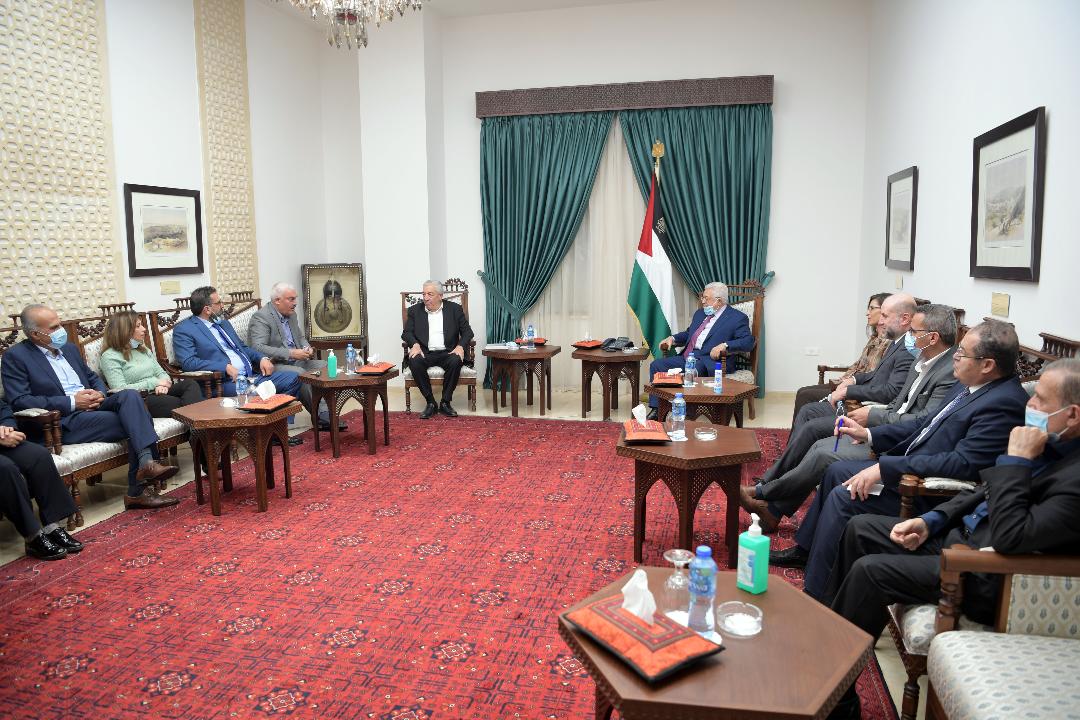 RAMALLAH, Tuesday, October 26, 2021 (WAFA) – In a show of solidarity with Palestinian human rights and civil society groups recently designated by the occupying state, Israel, as “terrorist” organizations, President Mahmoud Abbas stressed that he stands with the national institutions that do their duty to expose the crimes of the occupation.

The President received last night at his office in Ramallah representatives of the six Palestinian organizations targeted by Israel and they include Al-Haq, Addameer, Defense of Children - Palestine, the Union of Agricultural Work Committees, the Union of Palestinian Women's Committees, and Bisan Center for Research and Development.

“The Israeli decision, which designated these Palestinian institutions as terrorists, is rejected and condemned,” President Abbas told the delegation. “We all stand with these national institutions that do their duty to expose the crimes of the occupation and expose them to the world,” he said, adding, “there will be an official Palestinian action on the international level to confront this decision.”

President Abbas said that Israel has no right to interfere with the work of these organizations that operate in accordance with Palestinian law, stressing the need for a concerted Palestinian effort to confront this challenge imposed by the Israeli occupation.

In turn, the members of the delegation stressed that their organizations will continue to do their work in exposing the crimes of the occupation against the Palestinian people.

They said they will remain in touch and coordinate with the president’s office, the official institutions, and the national forces to confront this Israeli decision that violates all laws.