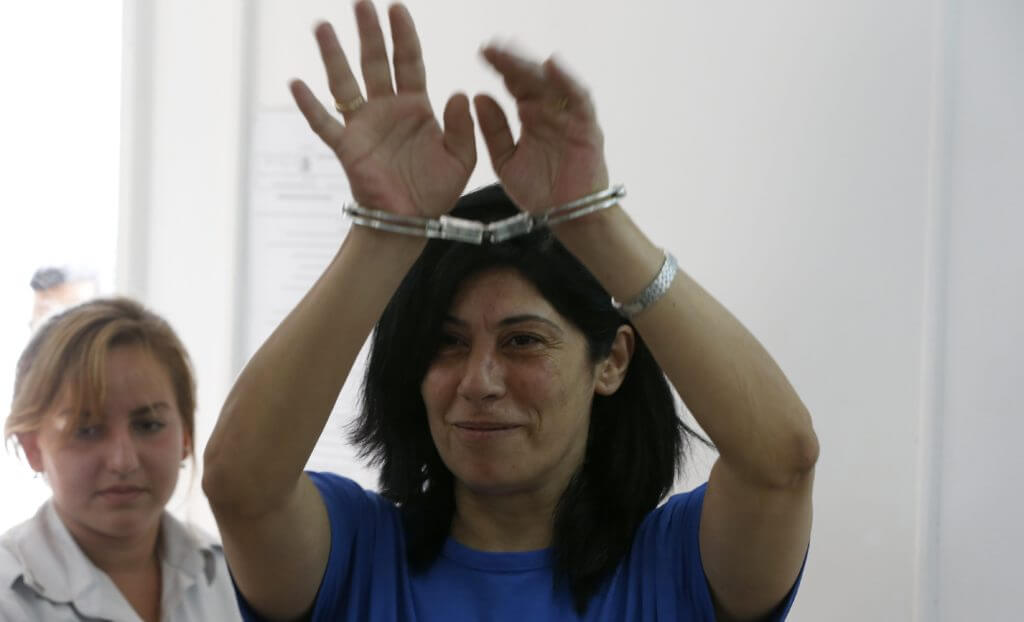 Jarrar, 58, a senior leader in the Popular Front for the Liberation of Palestine (PFLP), was detained at the end of October 2019 for her role in the PFLP and held in administrative detention without charge or trial and based on secret evidence not available for even her lawyer.

On March 1, 2021, an Israeli military court sentenced Jarrar to two years in prison and 12 months suspended for five years and fined her around $1200.

She was detained in 2015 and 2017 and held in administrative detention before her re-detention in October 2019.

On 12 July 2021, following several communications submitted to the Israeli Prison Service (IPS) for the temporary humanitarian release of Palestinian political prisoner Khalida Jarrar to attend her deceased daughter's funeral, the Israeli Prison Service denied Khalida's release on political grounds, citing the alleged "security threat" she poses due to her "[negative] leadership role" inside and out of prison.

"The denial of Khalida Jarrar's release to mourn the sudden death of her daughter and participate in burial rights stands in stark violation of protected recognition of human dignity and family rights under international law," said the Addameer for Prisoners’ Support and Human Rights in a statement.