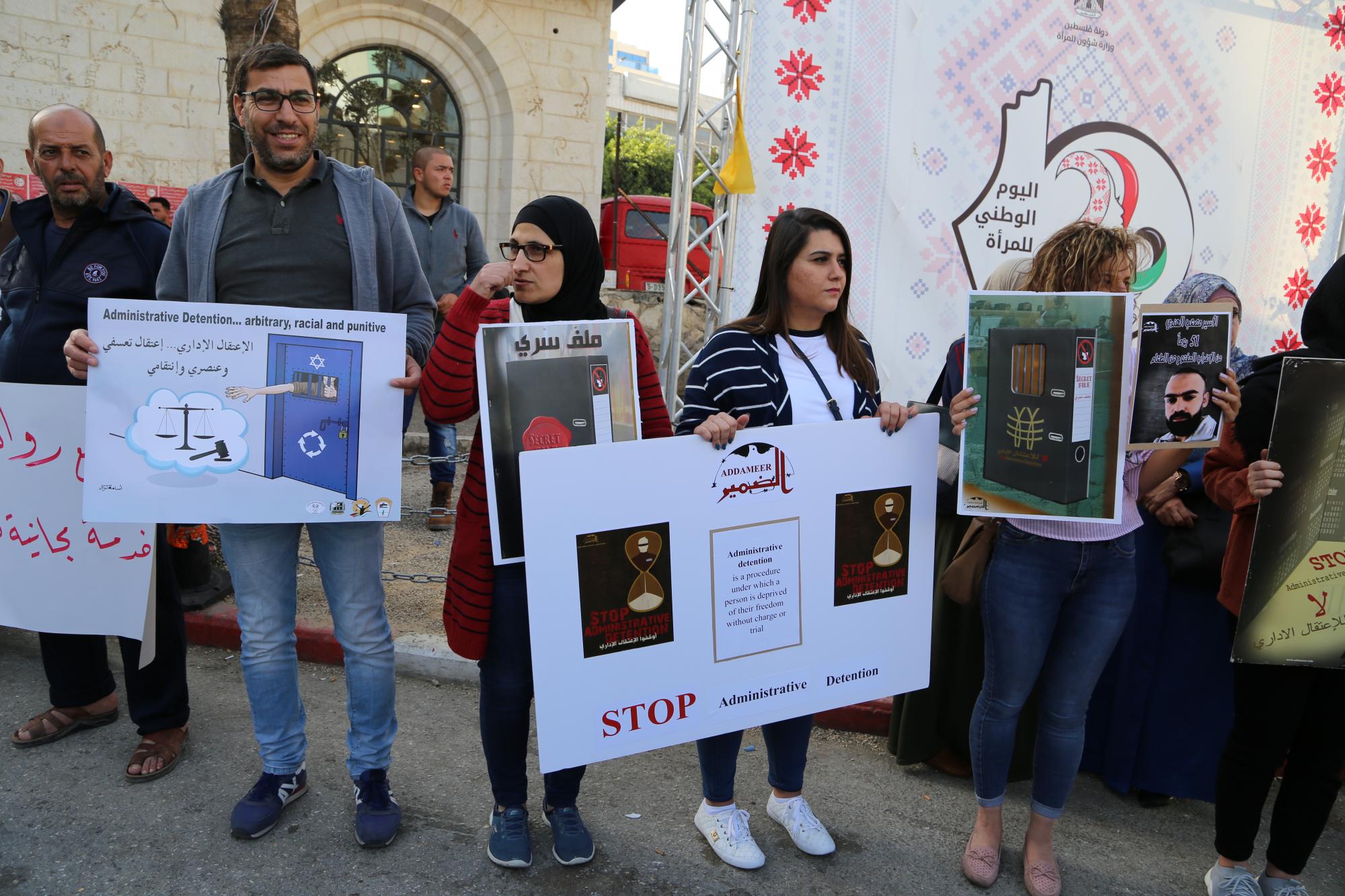 RAMALLAH, Monday, September 20, 2021 (WAFA) – Six Palestinian administrative detainees held in Israeli jails without charge or trial are continuing in their hunger strike demanding their freedom, two of them have been fasting for over 60 days, according to the Prisoners and Ex-Prisoners Affairs Commission.

The Commission said Fasfous, Qawasme and Araj are currently at Ramla prison clinic following a deterioration in their health due to their long hunger strike and can only move on a wheelchair.

It also said that an Israeli military court is expected to consider on Wednesday a petition by the Commission against the detention of Fasfous, which will be the third petition after rejecting the first two.

Palestinian administrative detainees resort to hunger strike to draw attention to their unjust incarceration and to gain their freedom after long periods of detention without charge or trial and based on secret evidence presented by the Israeli security services available only to the military judge but not to anyone else, including the lawyers.

There are currently 520 Palestinian administrative detainees in Israeli jails.