Palestinians demonstrate outside Gilboa Prison in protest of crackdown on prisoners 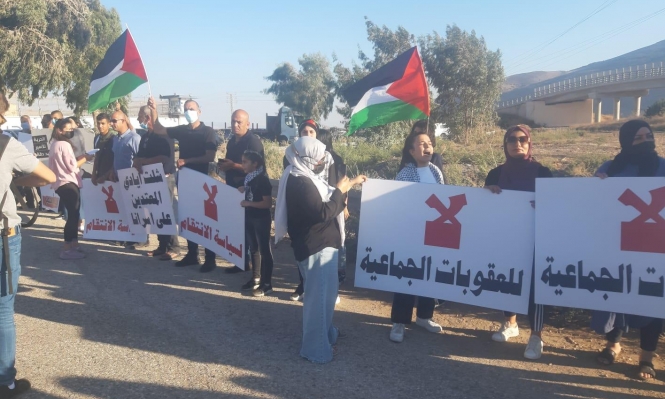 NAZARETH, Saturday, September 18, 2021 (WAFA) – Dozens of Palestinian nationals of Israel demonstrated on Saturday evening outside the Israeli Gilboa Prison, near Beit She’an, in support of the Palestinian political detainees there, who have been facing Israeli repressive measures and frequent attacks by the Israeli special forces.

The protesters waved banners that condemned the Israeli crackdown and repressive policies against the prisoners, including solitary confinement, surprise attacks on detention cells by special forces, and denying prisoners access to essential services.

A similar protest was also staged in the town of Kafr Kanna, near Nazareth, which saw protesters chanting slogans in support of the Palestinian political prisoners, as well as against the ongoing crime wave in the Arab communities in Israel, which Palestinians believe to be encouraged by Israeli police’s inaction and even collaboration with criminal gangs.

Over 4,500 Palestinian political prisoners in Israeli prisons have been facing an Israeli repressive campaign following the escape of the six Palestinian freedom fighters from Gilboa Prison on September 6. Four of the six prisoners have been caught last week, while the remaining two are still on the run.

Two weeks ago, in response to the Israeli crackdown, the prisoners set fire to detention cells inside the Israeli prisons of Ofer and Kzi’ot in protest against the Israeli measures, which included sending many prisoners to solitary confinement and restricting prisoners’ access to essential services.