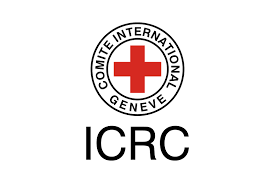 International Committee of the Red Cross

RAMALLAH, Thursday, September 09, 2021 (WAFA) – Israel has banned family visits for Palestinian prisoners until the end of the month, according to the Palestine Prisoner’s Society (PPS).

Citing the International Committee of the Red Cross (ICRC), PPS said that the Israeli occupation authorities have canceled family visits for Palestinian inmates until the end of this month following the current simmering tensions in prisons.

The PPS announcement came after Israeli special units and soldiers cracked down on several prisons, including Ketziot’s Section 6 in the Naqab and Rimon Prison, in an attempt to disperse some 400 prisoners affiliated with Islamic Jihad and relocate them to other prisons, prompting prisoners to set seven cells on fire.

The planned relocation of the Jihad-affiliated prisoners was part of a set of punitive and repressive measures taken by the Israeli Prison Service (IPS) following Monday’s escape of six prisoners, including five members of the movement, from the highly-fortified Gilboa Prison.

Other than the planned redistribution or dispersion of Jihad-affiliated prisoners, the punitive measures imposed by IPS included banning prisoners from leaving their rooms, depriving them of using facilities such as sinks, kitchens and cafeterias, in addition to banning lawyers and family visits.

This has prompted the Palestinian Detainees and Ex-Detainees Affairs Commission to caution against sliding into “open confrontation” in prisons.

Israeli forces continue to carry out a massive manhunt to locate the escapees, yet their whereabouts remain unknown.