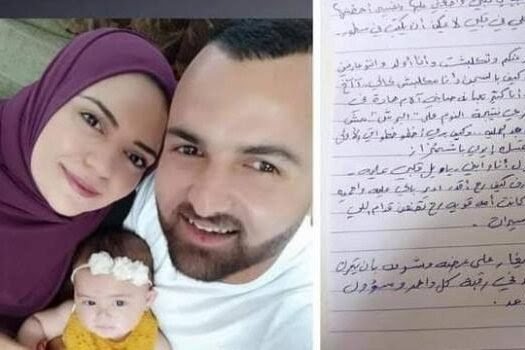 RAMALLAH, Wednesday, September 1, 2021 (WAFA) - Minister of Health Mai Al-Keila has sent urgent letters to the International Committee of the Red Cross, the World Health Organization, and the United Nations Population Fund, urging them to intervene and press the Israeli occupation authorities to immediately release Anhar Al-Deek, a pregnant Palestinian mother in Israeli detention who is expected to give birth very soon.

In her letters, Al-Keila said the Israeli occupation prisons lack the minimum health and preventive conditions, especially in light of the COVID resurgence, and that Al-Deek is in need of urgent medical care and follow-up for her safety and the safety of her fetus.

"Anhar is the mother of an 18-month old baby. She needs to be next to her family and children, and this is a human right guaranteed by various international regulations, laws and norms," said Al-Keila.

The Minister of Health held the occupation authorities fully responsible for the health of the prisoner al-Deek, and the safety and health of her fetus, calling for her immediate release.

25-year-old Al-Deek hails from the Kafr Ni'ma town in the occupied West Bank, and was detained when she was four months pregnant.

Last week, she appealed to the international community to pressure Israel to release her and allow her to give birth outside prison.

"What should I do if I give birth far from you? I am tied up, how can I give birth via caesarean section when I am alone in prison?" Anhar wrote in a letter to her family, adding:

"I am exhausted, and I had severe pains in the pelvis and severe pain in my legs due to sleeping on the prison beds. I do not know how I want to sleep on it after my delivery operation."