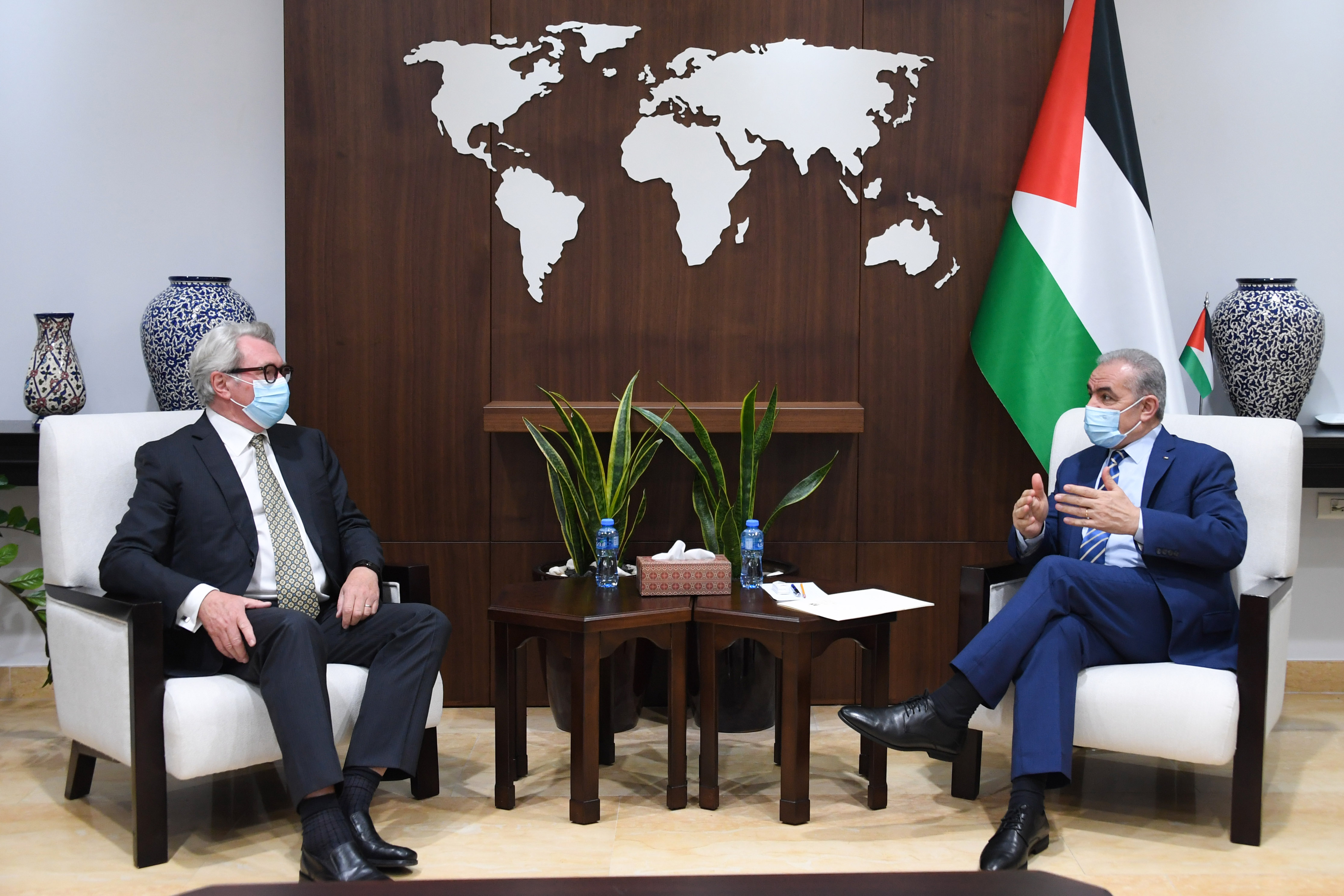 During the meeting, Shtayyeh reviewed the already difficult financial situation of the Palestinian government due to the ongoing deductions from the Palestinian tax revenues by Israel and reaching the limit of bank borrowing.

He stressed the importance of donor aid to eliminate the budget deficit, enable the government to fulfill its financial obligations and support development projects in Palestine as he reiterated his call for the international community to pressurize Israel into abiding by the agreements signed with the Palestinian side.

The meeting discussed the latest developments on the Palestinian political arena in addition to preparations for the upcoming Ad Hoc Liaison Committee (AHLC) meeting, scheduled during September.